For the second year running Dunedin Consort has received  a nomination for a BBC Music Magazine Award in the Choral category and The English Concert has received a nomination for its Linn debut in the Opera category! Congratulations to Alpha Classics who also has two nominated albums by Kate Lindsey and Patricia Kopatchinskaja.

Bach: Ich habe genug. Cantatas BWV 32, 82 & 106 by Dunedin Consort & John Butt was named Choral & Song Choice and received five stars for both performance and recording in the original review. It comprises three of Bach’s finest cantatas which explore the timely themes of consolation and salvation. "As with all their releases, John Butt and the Dunedins approach the scores from a scholarly angle ... but it’s the heart rather than the head that informs their music-making."

Handel: Rodelinda by The English Concert & Harry Bicket was named a BBC Music Magazine Disc of the Month and also received a double five star review. Lucy Crowe and Iestyn Davies are the devoted partners Rodelinda and Bertarido, heading a cast packed with exactly the sort of vocal star-power Handel would have expected, including Joshua Ellicott, Tim Mead, Brandon Cedel and Jess Dandy: "Thrilling Handel opera as it should be heard ... Harry Bicket and The English Concert have set a new benchmark with their powerful recording ... Crowe's steely bravura is gobsmacking and her laments make this a must-have recording."

Vote for The English Concert to win the 2022 BBC Music Magazine Opera Award!

Plaisirs illuminés by Patricia Kopatchinskaja, Camerata Bern & Sol Gabetta was named a Concerto Choice and received five stars for both performance and recording. It features the world premiere recording of the double concerto for violin, cello and orchestra by the Spanish composer Francisco Coll (b. 1985): "Two threads run through this adventurous disc – the spirit of Béla Bartók and the Camerata Bern’s prowess – but the force of personality at the centre of it all comes from the violinist Patricia Kopatchinskaja ... [an] extraordinary disc."

Tiranno by Kate Lindsey, Arcangelo & Jonathan Cohen was named an Opera Choice and received five stars for performance. It centres on the tragic figure of Nero, whose life and loves inspired works by Scarlatti, Handel and Monteverdi: "This is perfect ground for Lindsey and Cohen ... Her extraordinary vocal evocations are complemented throughout by the subtle and inflected playing of the Arcangelo group."

Who wins is up to you, so don't forget to cast your vote for your favourite recordings. Voting closes at midnight on Monday 28 February, and the winners will be announced at the end of April. 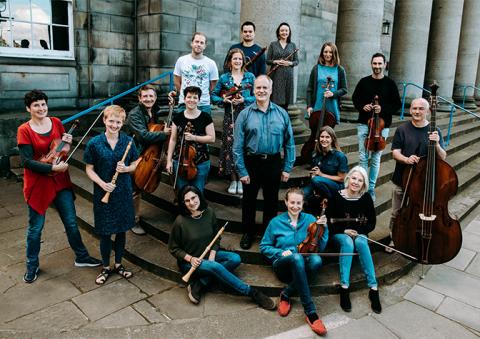 La Resurrezione Is Gramophone's Recording Of The Month