It's the time of year when we get excited about all the great recordings we have to share with you. Here's what's coming up in the first six months of 2020. In January we release J.S. Bach: The Well-Tempered Consort - I, the first of two recordings by Phantasm featuring Bach's keyboard music arranged for viol consort.

February brings a highly original new recording by Jonathan Freeman-Attwood: Richard Strauss and the Viennese Trumpet. Arrangements of works by Fux, Beethoven, Schubert, Mahler, Bruckner, Webern and Zemlinsky complement the core work: a newly imagined Strauss trumpet sonata. Also in February Thomas Søndergård and the Royal Scottish National Orchestra are back with an all-Prokofiev programme juxtaposing two contrasting symphonies: No. 1 ‘Classical’ and No. 5.

March brings another orchestral highlight, this time from François Leleux and the Scottish Chamber Orchestra. François Leleux celebrates his dual roles of conductor and soloist as he directs performances of Bizet and Gounod.

May brings an international flavour to our schedule as we travel to Spain for Falla: The Three-Cornered Hat & Nights in the Gardens of Spain by Carlos Miguel Prieto, The Orchestra of the Americas and Jorge Federico Osorio. 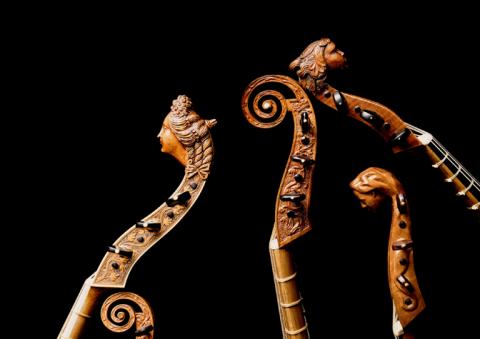