Gramophone has revealed the 10 nominated ensembles for its 2020 Orchestra of the Year Award and Robin Ticciati's Deutsches Symphonie-Orchester Berlin has been nominated!

The Orchestra of the Year Award celebrates collaborative music-making at the highest level. The nomination comes as a result of each ensemble impressing Gramophone’s editors and reviewers by its work on record, and all ten have released magnificent and often thought- provoking new albums over the past 12 months, such as Debussy: Nocturnes – Duruflé: Requiem, featuring Magdalena Kožená.

This is the only Gramophone Award that is decided by public vote. Voting closes on Monday, September 7. The Orchestra of the Year will be revealed on October 6 at the 2020 Gramophone Classical Music Awards.

James Jolly, Editor-in-Chief of Gramophone says 'This is not a poll to find the "best orchestra in the world", but rather to shine the spotlight on an orchestra that consistently offers high- quality music-making that is exciting, moving and which demonstrates what a fine ensemble working at the peak of its powers can achieve. Many of these orchestras also highlight the indefinable and unique magic that happens between an inspiring conductor and his or her players."

Look out for Gramophone's Orchestra of the Year Online Festival, which runs for 10 days from July 2 to July 24, and will feature an evening concert from Deutsches Symphonie-Orchester Berlin. You can also find a dedicated playlist at Apple Music featuring a hand-picked selection of tracks to showcase the orchestra. 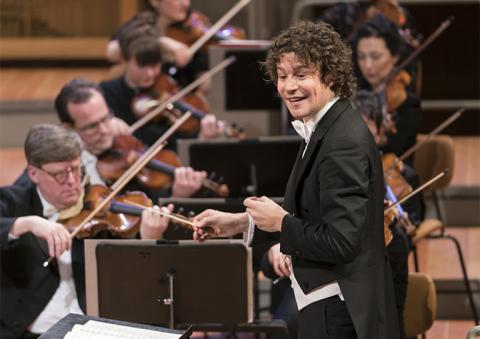 Ticciati's Rachmaninov Named One Of The Best