Pinnock commented: "It’s an interesting challenge, of course, because some people might consider it a sacrilege for Bach, but in my view Koffler did this with the greatest love and respect for Bach’s music and so it’s a totally valid approach. There’s not the ‘one way’ to play Bach, of course, and the challenge for a musician today is to decide how much to play with what we know of the style of 1930s playing – seems to me we have to be true to Koffler as well as be true to Bach and true to ourselves..."

Coincidentally Koffler was friends with Alban Berg and corresponded with Arnold Schoenberg, two composers whose arrangements of Johann Strauss and Mahler respectively, have been conducted by Pinnock in this chamber music series.

The partnership with the Royal Academy has produced four recordings with Trevor Pinnock, one with the late Oliver Knussen and one with Reinhold Friedrich in collaboration with The Juilliard School. The recording will be released in Spring 2020. 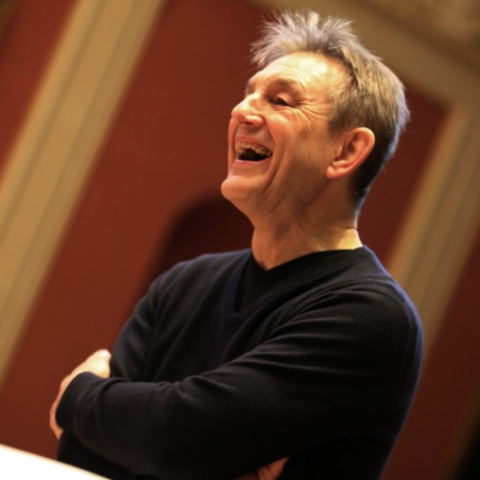 In The Studio: Ossian Huskinson

In The Studio: Margarita Balanas

Another fine addition to the Royal Academy of Music Bicentenary Series.

The first recordings in the new series are taking place this month.