Two awards for two outstanding artists - and great pride for a label that champions artistic quality and freedom!

‘Crazy Girl Crazy’ made its mark in 2017 and received an outstanding welcome all over the world, not least during the European tour with Ludwig Orchestra. Barbara Hannigan unveils her total artistry for the project, directing and singing a programme of Berg, Berio and Gershwin. Several festivals have also recognised Mathieu Amalric's film ‘Music is Music’, the DVD accompanying the CD. The GRAMMY tops an incredible year for this unique album. Look out for the new recording from the great Canadian soprano in September 2018!

Patricia Kopatchinskja is a maverick violinist, "without compromise," states Gramophone. The British magazine devoted its February 2018 cover to Patricia and the release of her new album on Alpha, ‘Deux’, with pianist Polina Leschenko. The GRAMMY Award heralds her previous recording, featuring Schubert's ‘Death and the Maiden’ in a version with chamber orchestra. Between each movement, Patricia Kopachinskaja recorded short works by Gesualdo, Dowland, Kurtag and Holliger, giving the album a special colour that is all its own. 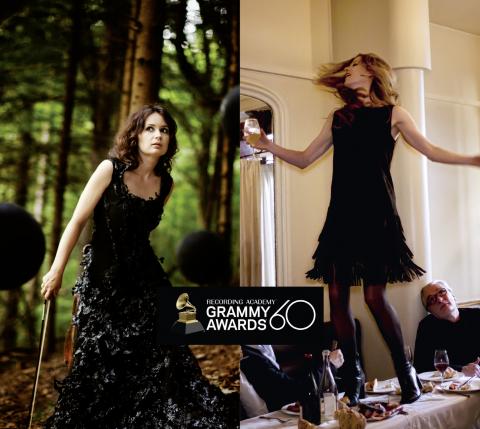