This is a re-release of a 1999 recording that evidently slipped under the Fanfare radar. Of its subject, David Tunley noted in an essay on early 17th-century French music (published in James Haar'sEuropean Music: 1520-1640) that the airs de cour were "light-hearted and simple, of the kind that Adrian Le Roy (1571) said used to be called voix de ville. Nevertheless, those airs were also polished and graceful." "Light-hearted" is perhaps a bit off when lacking some context, as these works are often very serious; Le Roy also assured his audience that "the words emanate from good forges like those of Ronsard, Desportes, and others of the century's finest poets." But musically at least they represented a move away from the polyphonic madrigals preferred by an earlier generation, towards easy, immediately expressive melodies dealing (almost exclusively, until Moulinié introduced a phenomenal fad in 1628 with his airs à boire, drinking songs) with love, requited and refused.

Polished and graceful, these airs de cour most assuredly are. The gusty theatrics of much Italian song is nowhere evident. Where the latter would seem perfectly made in retrospect for the stage, the intimacy of these French selections suggests instead a small room and a quietly reflective audience. If the performances were anything like those on this album, introspective silence was almost certainly assured. Catherine King, Charles Daniels, and Jacob Heringman surely require no introduction to listeners familiar with pre-Baroque music. Phrasing throughout is supple, with expressiveness rising naturally through dynamics, accenting, and the subtle emphasis of some consonants. While King and Daniels are usually featured, Heringman has five solos as well. The material for the most part is little known, though there are exceptions, such as the anonymous Ma belle, si ton ame, Guédron's Adiue bergére pour jamais, and Ballard's Bransles de village.

The liner notes by Jonathan Le Cocq are learned, but also inclined to push some curious theories that are not subsequently substantiated. This is typical: "Both the overripe texts of these songs (of extreme and often unrequited love...) and their suave and rhythmically evasive melodies reflect a society rich in excess, intrigue, and dissembling...." The "overripe texts" were cast in the same conservative mold featured heavily as far back as the 14th-century formes fixes. And in any case, how is it possible to establish such qualities as intrigue and dissemblance in a culture by listening to such straightforward, heartfelt songs? By extension, can confirmation of Florence's feverish 16th-century cultural climate, of whose youthful nobility's three main preoccupations one historian referred to as wife beating, sodomy, and assassination, be heard in Vincenzo Galilei's lute pieces?

Though the jewel box contains no texts or translations, those can be found online and downloaded. Highly recommended. 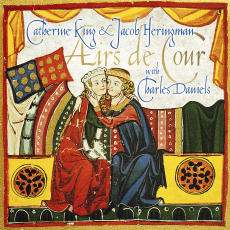 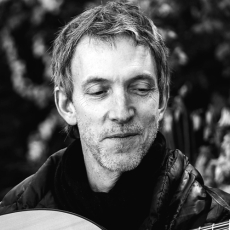