Amir ElSaffar & Rivers of Sound - The Other Shore - All Music

The second album from Amir ElSaffar's large Rivers of Sound Orchestra, 2021's hypnotically adventurous The Other Shore further brings the trumpeter/composer's vibrantly cross-pollinated blend of jazz, Arabic, and Indian music into sharp focus. A Chicago native of Iraqi descent, ElSaffar leads several groups that balance exploratory post-bop improvisation with the Iraqi vocal maqams, iqa'at rhythms, drones, and harmonic devices borrowed from Arabic musical traditions. While some of ElSaffar's projects are more traditional in tone, Rivers of Sound is more sonically expansive with a sound that touches as much upon avant-garde jazz and free-leaning group improvisation as it does Arabic folk music. This is in part due to ElSaffar's kaleidoscopic use of Western instruments like the saxophone and guitar, along with numerous Middle Eastern and Indian instruments, including the lute-like buzuq, the stringed joza, and the mridangam, the latter of which is played here by acclaimed percussionist Rajna Swaminathan. Along with playing trumpet and singing ElSaffar himself also plays the Iraqi santur, a type of hammered dulcimer that he employs to virtuosic effect on the wave-like "Concentric." Also making vital contributions here are equally boundary-pushing improvisers, including his sister violinist Dena ElSaffar, her husband percussionist Tim Moore, vibraphonist Jason Adasiewicz, pianist John Escreet, saxophonist Ole Mathisen, guitarist Miles Okazaki, drummer Nasheet Waits, and others. The result is an album that evokes the iconic, globally minded modal and avant-garde jazz of players like Don Cherry, the Art Ensemble of Chicago, and John Coltrane. Ultimately, it's the way ElSaffar and Rivers of Sound so perfectly balance their influences, weaving together old-world textures and progressive modern jazz harmonies, that makes The Other Shore so compelling. 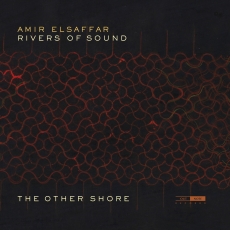 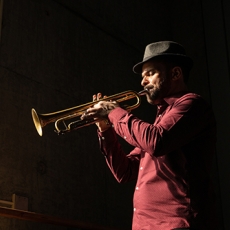