Volumes 1 (CKD 13) and 2 (CKD 29). The solo violin works of Bach have long been appropriated by guitarists; now it is the turn of a lutenist. No better case could be made out for making such arrangements as these than that in Nigel North's splendid annotation...

North's arrangements pass the acid test with flying colours - they do sound like works of Bach, as natural in their new dress as their original one, what he might have written if he had understood the Baroque lute as well as North does.

What is most impressive, however, is not the aptness of the arrangements themselves but the magnificence of their performance - in which all aspects of technical perfection may be taken for granted. The Allemandes are given the space they require (but not too much), the architecture of the Chaconne of the D Minor Partita is marvellously revealed, and dance movements have appropriate lightness and/or dignity.

These are performances that combine good style and intelligence with heart and sensibility, and in which phrases are naturally breathed through articulation and dynamics. The discs are available separately but I cannot, in all conscience, recommend one above the other: waste no time in getting both. 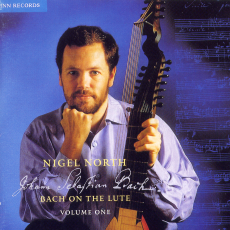 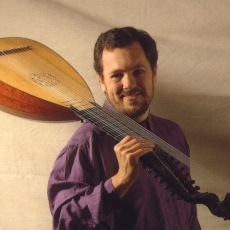