Nobody springs a surprise quite like Barb Jungr. The unusual, bell-like quality of her voice was never destined to fit in with the fickle fashions of rock and pop. And while she's flirted with jazz and folk from time to time, her distinctive sound resists categorisation even in those broadest of musical churches. So she's taken it wherever fate and her fancy have led her: cabaret (theatrical rather than lounge bar); alternative comedy, touring with her old friend Julian Clary; exploring the Brechtian politics of song in solo shows and with collaborators; and latterly, to critical claim, staking out new territory as Britain's leading chansonnier.

Working with new translations, Barb has brought fresh insight to the legacy of Jacques Brel. She's stripped down the Bob Dylan songbook and imbued it with a fresh layer of emotional intelligence. And now, she's bringing a different slant to the turbulent repertoire of The King himself. Love Me Tender, a new show and album, gets one of its first airings at the Quay Theatre, Sudbury, on Friday 18th March. This, explains Barb, is a tribute that says something about the late Elvis Presley's talent as it exists for her in the present. It has nothing to do with impersonation. And the fact that this year we are celebrating the late singer's 70th birthday is just fortuitous. "I wish I was that commercially minded, but I've been working on this for over a year," she says.

When her friend Howard Thompson told her she must follow her Dylan CD (Every Grain of Sand) with a Presley set, she couldn't think of anything more ridiculous. "He said it was obvious. I pointed out that Brel and Dylan were songwriters; Presley was a singer who didn‘t write anything-where was the connection? Howard assured me that I'd see in due course." A year later, she took delivery of a stack of cassettes: six hours of Elvis. Still resistant, but a touch guilty about the effort that had gone into compiling them, she finally got around to listening to them on a long car journey. By the time she arrived, she comments, "I understood what he meant."

Love Me Tender will, suggests Barb, be a distressing album and show for some people. "It's very dark," she continues. "I wanted to say something about the great sadness I feel that this fantastically talented artist was eaten alive by the things that happened around him and ultimately by his musical genius. He had flair in his singing that brought together these elements of the African American church and R&B that he incorporated into what was, effectively, an operatic voice. It's there from the earliest recordings."

Presley's singing, she says, is practically bel canto: the words become irrelevant because you're simply absorbed by the beauty of the voice. "I found myself realising that I didn't actually know what he'd been singing! Then, when I started to look at the lyrics and saw the level of joyous naivety that he brought to the most disturbing words-there's barely a love song that doesn't contain a reference to death- I found a focus for the album. My work is really about the gap between the material and the world we live in (significantly, her Brel album was called Chanson: the Space in Between). I keep my feet rooted in a Brechtian, Brelian perspective!"

Warming to the theme, she says that for her the melancholic aspect of a Presley song comes from the gap between the time of his youthful successes- "it was a world full of promise, postwar, 1950s, a world I grew up in myself"-and the present. "In 2005, I don't perceive that joy in the world any more," she says. "That isn't meant as a catch-all depressing statement or that I think the world is a bleak place; there are all sorts of great things about human beings and the beauty of nature, the resilience of the human spirit, music and art, that I find truly wonderful. But we aren't living the promise of that age. If you look at the world with your eyes open, I don't think you can say we've fulfilled it."

If there is a hint in all this of a true tragedienne de la chanson, rest assured that a Barb Jungr show contains plenty of humour to offset the darkness. "Of course I'm a little apprehensive," she ponders. "Can I be jolly enough between the songs so that people don't lose the will to live? Then again, some people don't like that. They think you're conning them, that you aren't respecting the material. They feel you aren't committed to the song because you come out of it and go somewhere lighter. But you can't be unrelenting. I really don‘t like it when people do that to me."

Part of the ability to balance light and shade and deliver a unique brand of entertainment comes from her childhood. Barb grew up in Rochdale, a town that also produced the blend of comic, musical and dramatic genius that made Gracie Fields a star. With its roots in the heart of Europe, her family was very musical and she was exposed to films and operas, church music and perhaps an innate sympathy for European cabaret traditions from the earliest age. It has proved a potent source of inspiration which more than explains her eclecticism as a singer and an instinctive flair for the art of cabaret. Today, she's an influential figure in the field, gratified that the success of her own shows has created opportunities for up-and-coming artists, and enjoying considerable success in New York where she won an International Artist of the Year award in 2003.

And when the darkness gets a little overpowering, there is Girl Talk, the classy, slightly risqué and impeccably musical trio she formed in 1999 with the acclaimed jazz singer Claire Martin and versatile song stylist Mari Wilson. Frequent visitors to East Anglia, they will make an appearance at the Civic Centre, Chelmsford on 10th March.

"It's odd how circular things are," says Barb. "Everything connects in a funny way: the things I use in performance now-lighting and costume, props for Girl Talk-link back to the stuff with Julian (Clary) and the cabaret circuit we inhabited at that time in the 1980s. I don't think you find things so much as they find you. People send me ideas and sometimes they stick. Someone suggested that I should sing more Brel and as I came to understand the importance of the translation, I was kind of sucked into chanson. And the Presley material was thrown at me until I couldn't ignore it!"

Is she concerned that some die-hard Presley fans might disapprove? Not really, she says, give or take the odd effigy burning that might take place in the more red-necked areas of Arkansas. "Anything can happen. If you don't like the work, fair enough. I've got an odd voice and some people don't like it. But this is a work of great love. I have enormous respect for the man. If you don't get that from Love Me Tender, if you really think that overweight people in white jump suits are doing a better job of promoting his legacy... well. It will be interesting to see how it works on the road. When I sing the material I feel very close to it. In the studio we laughed a lot between takes, but I found some of it really took me on a journey. I hope others will go on that journey too." 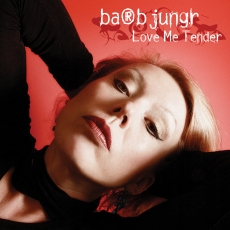