Recorded in a sweltering New York studio in summer 2015, and released early last year, Barb Jungr’s album Shelter from the Storm (Linn Records) [review] was a fine collaboration with the award-winning pianist Laurence Hobgood, the pair’s fresh and vibrant versions of a range of material – showtunes, Dylan and Cohen, Bowie and Mitchell – supplemented by some strong original tracks, all linked, as the album’s subtitle emphasized, as “Songs of Hope for Troubled Times.” I wasn’t able to see Jungr and Hobgood perform the album live during their tour last year, so was glad to have the opportunity to catch the show at The Other Palace (formerly the St. James Theatre) on Thursday night, where the performance was the third edition in the venue’s new “Jazz Divas” programme. With the album’s US-based personnel (not only Hobgood, but also Michael Olatuja on double bass and Wilson Torres on percussion) otherwise engaged, Thursday night found Jungr taking to the stage with her regular bassist Davide Mantovani and the young pianist Jamie Safir (fresh off a plane from Mallorca). From the opening “Something’s Coming” through the dynamically shifting rhythms of “Shelter from the Storm” to the penultimate “What the World Needs Now is Love” (hilariously prefaced by Jungr), the musicians proved more than up to the task of navigating Jungr and Hobgood’s idiosyncratic arrangements, often fleshing out the album versions with distinctive flourishes and spontaneous interplay all their own. Mantovani’s work was characteristically elegant, subtle and supple, and Safir’s playing was a pure delight, by turns passionate and playful, and generating several spontaneous rounds of applause from the audience. In great voice, Jungr herself was radiant as always, creating a warm and witty ambience for the evening, illuminating songs old and new in revelatory ways. Bruce Springsteen’s “Long Walk Home” was revealed as a beautiful torch song, Jungr leaning hard into the “Who we are, what we’ll do and what we won’t” lyric. “Bali Hai” was approached via Brexit. “Life on Mars?/Space Oddity” was fruitfully developed from the more skeletal album version, with stunning playing from Mantovani and Safir. “All Along the Watchtower”, with Peter Gabriel’s “In Your Eyes” elegantly entwined in its folds, was taut and powerful. Tracks drawn from elsewhere in Jungr’s repertoire – such as her jaunty-deadly jazz strut through Cohen’s “Everybody Knows” and a gospel-influenced, singalong “Knockin’ On Heaven’s Door” to close – were also appreciated. She and Hobgood’s own compositions sat snugly beside this diverse material, with a soulful “Hymn to Nina” and a soaring “Venus Rising” among the standouts. While even the most talented contemporary songwriters have struggled, so far, to write very profoundly about the US in the Time of Trump, Jungr brilliantly hot-wires us to the present moment by turning the clock back, finding relevant content in older material. Her version of Steve Goodman’s “City of New Orleans” was achingly poignant and deeply moving in this context, its chorus – “Good morning, America, how are you?/Don’t you know me, I’m your native son” – turning gradually into a devastating enquiry from a soul betrayed. Her vibrantly funky take on “Woodstock” also reinvigorates the song as an urgent anthem for our age. Loving and subversive, witty and engaged, Jungr and her collaborators help us find our way back to the garden. 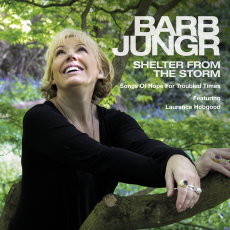 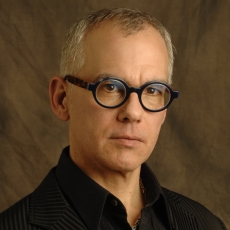