Anyone who has seen Barb Jungr - a youthful veteran of the London jazz and club circuit - in the past already knows about her rich, expressive voice, interpretive passion, illuminating repertoire and intimate rapport both with the material and the audience. But her latest show, which celebrates the release of her most recent album, Waterloo Sunset, and from which much of her new stage material is drawn, is startling for both its emotional intensity and rich musicality.

They are qualities that reminded me of Broadway's Betty Buckley, though without the show tune distractions or over-earnestness. As I watched and listened with genuine, rapt awe, it dawned on me in one of those spine-tingling realisations that she might just be the best cabaret singer we have got in Britain today.

It is to do with trust and communication, as much as it is with inherent musicality. There is a reason for her to be here and it is not just to sound pretty. Like Buckley, she makes each song into a self-contained drama that has something to say. In other words, she is communicating not just sound but spirit.

It is what the great artists always do and you notice it even more potently live than you do from a studio recording. For now there is no tweaking of dials, but raw, unbridled passion. And in a programme of torch songs new and old, she sets the place aflame. With material eclectically drawn from Dylan and Costello to Ray Davies and Jungr herself, the great playing and arrangements of Adrian York invaluably accompany her. 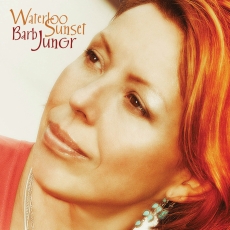