I've listened to Claire Martin at various times of the day over the last few months. She is one of those artists who's well known, but not so much in the States as abroad. I'm glad to hear someone is still out there doing this combination of styles in an age when electronic rhythm and scratchy turntable moves have replaced any sense of the "human beat", that of the heart, on CD. Martin's, a fine musician whose voice is often dusky but can be light and smooth as well. Her pitch is impeccable and she always has a story to tell us. That's a big compliment in this world of singers who seem to think that intonation and understanding of the words don't matter; or they may do well with those things but spend all their time doing quasi gospel riffs in place of real phrasing. The problem with understanding the words is surely nothing new to anyone. Just think of that great teeny bop wonder, "Louie Louie", covered by the Kingsmen in 1963. Even the FBI got into the act of trying to decipher the non existent "obscene" lyrics. After spending tens of thousands to "dig out the filth" The Feds, along with the rest of us still don't understand exactly what's being slurred at us by the very wily singer. Thankfully no one went to jail.

When is it best to play this Martin CD from the year 2000? I'd say the time will come when you are ready to relax and as Linn so aptly puts it, here's the "Perfect Alibi" for doing so. I'd open a bottle of wine - turn down the lights or just let the burning embers of an evening's fire lend a glow to the room. Curl up somewhere comfy, (maybe with that other who compliments your cuddling skills so well) then play this CD. It always leads me to a cool mood.

Certainly the first tune, "How Can I Be Sure" from 1967, is sung and played very differently than the "Rascals" did it in the Hippie days of yore. It may catch you slightly off guard as you match that group's arrangement with Martin's way of telling the story. Track two, "Man in the Station", is the only duet on the CD. Martin is joined vocally by the song's composer, John Martyn, whose sexy rasp is a perfect foil for Martin's more "professional" sound. (I love it when composer's sing their own music. There's nothing quite like it.) "Up From the Skies" is third; with an old rock and roll organ, acoustic guitar and drums keeping harmony and rhythm steady under her; Martin allows this song to flow so easily that it may wrap you up tightly in a curiously old yet new kind of sensuous experience.

There's a wonderful shift at track four. This song was written by an artist that I have always cherished - Phoebe Snow. Martin may not have the unadulterated low growl and slow vibrato that makes Snow unique, but her rendition is her own and doesn't come from a time when disco was knocking the club scene out of place. Wonderful Phoebe's tune is refreshing to hear anew. It has a typical Snow title - "Inspired Insanity."

Track 6, "Shadowville" is a languid ballad that sustains the intimate mood. I'm reminded there's more Phoebe Snow influence here. Martin's phrasing is smoother than Snow's; it doesn't "bounce" along with that slow beat in the voice that is one of Snow's signature stylistic creations.

Track seven opens with some quirky harmonies played by a string quartet and a quietly undulating rhythm section. It's called "Strangers Now" and the arrangement - the doubling of Martin's voice - the whole song - has a feel of Joanie Mitchell; however Martin's voice is much darker in comparison. It's a special number done quite specially.

"More Than You'll Ever Know" is a slow blues tune arranged by a collaboration of Martin and her colleagues. It has a late ‘50s soul feel to it, and could be slightly out of place here. It's "verse - bridge - verse - bridge - verse" arrangement alternating between minor, major and minor etc. has a fine guitar riff found midway in; does Scotland sound like the New Orleans Delta? (That's a place I was raised, mais oui, cher.) The intrinsic feel of the Creole South is not very evident and I think it needs a little more spice in the recipe.

The ninth track, "Over by Allenby", has the groove and mix of a late 60s early 70s club song while 10, "More Than I Can Bear", is a bit of fluff accompanied by guitars alone. "He's a Runner", track 11 has the slightest hint of Country Western with its slide guitar, but Martin sticks with a fuller vocal sound; there's no twang in this lady's vocal chords. The Scottish brogue would lend itself to that kind of sound, however. Its was very interesting to me when visiting Scotland, North England or Wales to discover that our own Country Western style actually derives more from them than the other way around.

The closing number is Todd Rundgren's "Wailing Wall". It has a simple electronic organ and synth quietly blending with the voice. I think Martin found the perfect exit with this "be still my soul" music.

By now Claire Martin has made clear two things. First, she is her own singer, never imitating anyone else; the arrangements might but Martin, never. Two, in that same vein, she is strictly her own artist. There's a difference in the two. The voice is velvety one moment, pleasantly purring way down low the next. There's plenty of power behind it, but she rarely chooses to "belt it out". Few singers today phrase with this much imagination. I want to see her in performance. Then I can see what I only picture her doing with such beauty and grace.

The sound is excellent for a studio mix and is achieved through plenty of "tracking" or overdubbing. Martin's band is in top form. Linn's remastering seems fine.

There's still not a jot of technical information about this recording or remastering. You just have to go by what you hear in order to understand that the recording equipment must have been first class. I do wish Linn would stop holding on to its precious secrets. Could I please know the name of just one microphone or monitor speaker. I'm sure Linn uses the very best recording equipment. So why not let us in on that information? Is it possible they don't use their own brand of equipment for playback? Some of us care to know if for no other reason than the audiophile price of the CD at hand. THe recording is top notch regardless. Claire's voice is warm, full and out front with a nice essence of air surrounding her. Piano is crisp and natural as are the other players. There is no new ground being broken here, but the sonics are in no way disappointing. 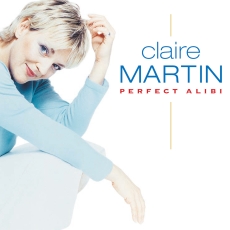