Not many artists could draw more than a grunt or two of praise from Miles Davis. The singer-pianist Shirley Horn, another exponent of less-is-more, was certainly one of them, even though the Prince of Darkness's seal of approval never translated into big commercial success. In the Sixties, soon after the trumpeter discovered her, Horn put caring for her family ahead of chasing New York dates and it wasn't until the 1980s that she began to attractmore attention.

Our own Claire Martin, easily the best British singer of her generation, has never made a secret of her love of Horn's music. Martin's Soho set, celebrating Horn, which brought together a quintet led bythe house pianist James Pearson and a poised string section, was often more affecting than some of the overly lush recordings that Horn made in her final years. On Here's to Life, the schmaltzy, My Way-ish ballad that became Horn's signature tune towards the end of her career, the uncluttered lines of the Tippett Quartet were an antidote to the unabashed sentimentality of the lyrics.

Horn preferred to take ballads at an impossibly slow tempo, like a pilot daring her plane to stall. The silences could become almost as expressive as the words. Her albums sometimes relied too heavily on that Zen-like effect, in fact, but to hear Martin transform Wild is the Wind into a chain of haunting, yearning sighs was to realise you were in the hands of a master technician.

The harpist Hugh Webb added subtle colour to pensive arrangementsby Tommy Laurence and Callum Au. There was never any danger of the rhythm section overwhelming the other half. As the drummer Matt Skelton explained, "the band was originally assembled for a tribute to the Hollywood String Quartet's famous collaborations with Frank Sinatra. This was, in short, no crossover stunt, but a genuine meeting of minds. 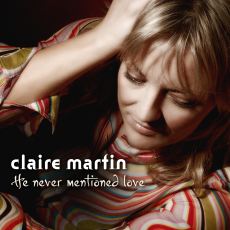