Written in 1762, Arne's English opera seria enjoyed a success which endured till the score was lost in the fire which destroyed the Theatre Royal in 1808. In a first recording, Roy Goodman directed a performance based on an edition by Peter Holman and welcomed in Gramophone by Stanley Sadie. Now a second attempt has been made, by Ian Page, conductor of the Classical Opera Company, with scholar and Gramophone critic Duncan Druce co-opted to work on the finale. In this version the opera was revived in 2009 at Covent Garden and equipped for a new lease of life as the work of the leading English composer of the time writing at the height of his powers.

The new recording improved on Roy Goodman's fine original in several respects. The orchestral playing has rather more colour, especially in the prominent woodwind and brass sections; the dance melodies (the Overture's Gavotte, for instance) are more shapely and overall there is more sense of fun. In the leading role of Mandane, Goodman has the wonderful Catherine Bott, but the more brilliant tone of Elizabeth Watts combines with her more vivid treatment of words (try her first aria, "Fly, soft ideas") and the more forward recorded sound to make a stronger impression. Bott's more scrupulous articulation of triplets in the famous "The soldier tir'd of war's alarms" yields to Watts's triumphant upper notes, while the ruthless virtuosity of her "Monster away!" carries all before it. The other leading role sung by a woman is the hero, Arbaces, strongly cast in both recordings. Patricia Spence is warm and vibrant in the earlier version but I find the Australian Caitlin Hulcup still more attractive (and does anyone else, I wonder, hear something in her tone reminiscent of Marian Anderson?). No bass in the opera, incidentally, but admirable work by all the other voices.

Of the alternative finales the new one is the more interesting piece of music, though Peter Holman's solution of a chorus borrowed from Arne's Comus works perfectly well. It is not textual differences and difficulties of this kind that the listener is likely to find troublesome, however, but rather the more elementary problem of ascertaining one's whereabouts in the story. Not that this is a particularly complicated plot compared with most in Handel. But I seemed to spend a disproportionate amount of time and energy discovering which "A" is which (in a cast of six, there are three of them - Artaxerxes, Arbaces and Artabanes) and what exactly each of them is up to. 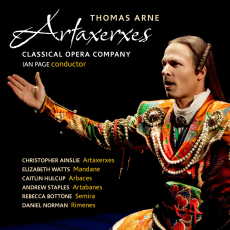 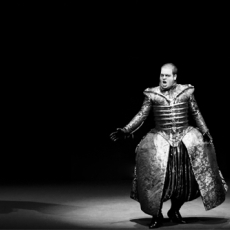