David Paul Jones - Something There - The Herald

When David Paul Jones released his "Something There" album, an oh-so-quiet touchstone of opaque, heart-on-sleeve romantic hush was given space to breathe. While technically, at least, Jones is a contemporary classical composer, his influences are broader. Imagine David Sylvian reimagining The Cocteau Twins for a chamber ensemble that makes up the DPJ Quartet for this one-off gig, a stripped-down compendium drawn from Jones's back catalogue of theatre soundscapes alongside new pieces from his forthcoming Palmstar Poppy collection.

From the fragile solo piano version of Seeing You, a gorgeous vignette from Grid Iron Theatre Company's Those Eyes, That Mouth, cellist Robin Mason joins Jones for three selections from Something There, awash with the delicate repetitions of Harold Budd or Wim Mertens. Following a solo by harpist Catriona Mckay, she and vibes player Hazel Morrison flesh out the three Palmstar Poppy selections, which shimmer like nursery rhyme dream sea shanties a la Jacques Brel via Virginia Astley.

Special guest Alyth McCormack takes lead vocal on The Day She Called Up The First Teardrop, which was originally composed for the Orquestra Scotland Brasil exchange initiative. As soaringly lovely as McCormack and Jones's voices are, one can't help but wonder how ex-Cocteau Elizabeth Fraser would fly with such material.

No matter, for, by the time of two final selections from Those Eyes, That Mouth, Jones has deserted his piano and is on his feet, clutching the mic like a 1940s wireless crooner reinvented for the ambient age.

Real lump in throat time comes with a funereal solo piano encore of The Black Hills Of Dakota, which lends the song a hitherto untapped sense of nostalgic poignancy in a performance that is an impeccably textured melancholic treasure. 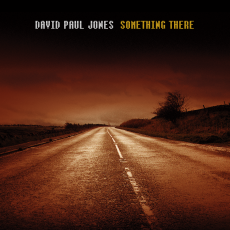 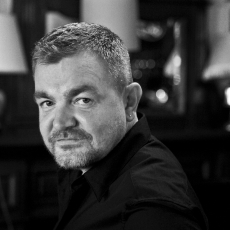