Handel has been at the centre of Emma Bell's remarkable career so far and is celebrated in this superb collection covering the Italian operas he wrote for London, from Rinaldo in 1711 to Deidamia 30 years later. Here is a voice of glowing quality - bright yet creamy in texture, weighty yet pure - which is matched by fine musical imagination and a masterly control of technique. It is a joy to hear rapid divisions sung with perfection, with not the smallest suspicion of unwanted aspirates intruding, the bane of too much latter-day singing. Equally, Bell's ability in lyrical arias to float the most exposed high notes with no hint of an upward slide makes for ravishing results.

The collection begins with the brilliant Desterò dall empia dite from Amadigi, two obbligato trumpets setting the pattern in the instrumental introduction, dazzlingly played by the SCO. The accompaniments may be on modern instruments but Richard Egarr, the new associate director of the Academy of Ancient Music, effectively adopts period style. One of the most striking moments comes in the first of the two great arias from Rodelina, Ombre piante, with a bleak unaccompanied flute echoing brief, bare phrases from the strings to set the mood of mourning even before the singer enters. It is a chilling effect, enhanced by rapt, poised phrasing from Bell, with the da capo eased in delectably on a hushed pianissimo. Se'l mio duol, too, conveys an aching gravity in its dark textures, over a slowly marching bass with a side-slipping chromatic line. Rodelinda gave Bell her first important success in 1998 while still a student at the London Opera Centre: she took the title-role at five hours' notice with Glyndebourne Touring Opera. She was an immediate hit and was rewarded with the role in her own right the following summer at the main opera house.

The best known aria here is Cleopatra's Piangerò from Giulio Cesare, sung with perfect poise, and I rather wish she had included more from the opera. But each item had me marvelling at the composer's imagination, as in M'hai resa infelice from Deidamia, a failure at first but whose alteration of fast and slow music shows how adventurous Handel still was. There have been a number of impressive discs of Handel arias lately but on any count Bell offers the promise of a great recording career. Linn provides a beautifully balanced, cleanly focussed sound. 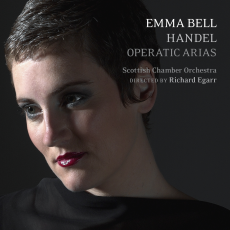 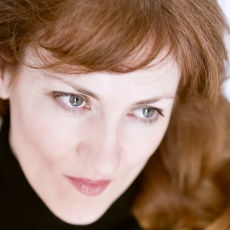