Until the 'classical orchestra' was born, during the 1740s, the orchestra consisted of strings and a basso continuo group. Wind instruments were no fixed part of the orchestra, and could be added when they were needed. The exception was the French opera orchestra, which included a pair of oboes. However, these were not given separate parts, but played colla parte with the strings. There are some reports about the participation of wind instruments in performances of Corelli's concerti grossi in Rome, but these seem to have been exceptions.

The concerto grosso was one of the main forms of orchestral music in the baroque era. Corelli's concerti grossi were among the first specimens of this genre, and these were considered the model by later composers, among them not only many Italians, such as Francesco Geminiani and Pietro Antonio Locatelli, but also by Handel. He published two sets of concerti grossi, as his Op. 3 and Op. 6 respectively.

The first set is notable for the scoring, which includes two oboes and a bassoon. Several concertos also include parts for a recorder or a transverse flute. With this scoring Handel deviated from the Corellian model. The present disc focuses on the concerti grossi which Handel's Italian colleague Francesco Barsanti published as his Op. 3. These are even more remarkable than Handel's Op. 3

Barsanti was one of the many Italian performing musicians and composers who moved to London to look for employment. He arrived there in 1714, together with his friend Francesco Geminiani; both were from Lucca. For a number of years he played the flute and the oboe in the orchestra of the Italian opera. In 1735 he married a woman from Scotland. He developed a special liking for Scottish tunes which he arranged or incorporated into his compositions. He found aristocratic patrons in Scotland and composed some of his best music, his Concerti grossi op. 3 and his Overtures op. 4. In 1743 he returned to London where he started to work as a viola player. From that time he gave up writing any original compositions. When he died in 1772 he was poor and almost completely forgotten.

The Concerti grossi op. 3 are remarkable for two reasons. First of all, the set comprises ten concertos, whereas collections of sonatas or concertos usually came in sets of six or twelve. Even more remarkable is their scoring. The collection is divided into two halves, of five concertos each. To the usual strings and basso continuo Barsanti adds parts for two (French) horns and timpani in the first five concertos, and for two oboes, trumpet and timpani in the remaining five.

The inclusion of timpani was unheard of. Barsanti's concerti grossi are the first ever with parts for timpani. The participation of horns and trumpet in concerti grossi was also not very common, but their taking part in the orchestra had some precedents, for instance in Handel's Water Music. Even so, there was something special about the horn. It was particularly associated with hunting, and it often appeared in compositions connected to hunting, such as some concertos and orchestral overtures by Telemann. In operas it was used as an obbligato instruments in arias which refer to hunting, such as 'Sta nell'Ircana pietrosa tana' from Handel's Alcina, included in the present programme. Its first section says: "In her rocky Hyrcanian lair lurks an angry tigress, unsure whether to run or await the hunter". Even more famous is the aria 'Va tacito e nascosto' from Giulio Cesare ("The wise hunter seeking prey goes silently and stealthily").

Michael Talbot, in his liner-notes, comes up with some additional information about the role of the horn in society. "In the eighteenth century they graduated, so to speak, from the forest to the house, the street, and the waterway. A pair of horn-playing servants was a desirable accoutrement for any nobleman or rich merchant. These would announce arrivals and departures, lead processions along the streets, provide music for banquets or ceremonies, and supply 'water music' for aquatic outings. Among these horn-players of the servant class (some of whom played alongside, or even themselves became, professionals), black musicians, many of them former house-slaves in America or the Caribbean, were especially prominent and widely esteemed for their expertise in this domain." He then points out that the horn became so popular in England that amateurs of all classes took up the instrument. Among them were also members of the Edinburgh Musical Society, to which Barsanti was closely connected. This undoubtedly explains why Barsanti included two horns in half of his concerti grossi op. 3.

The popularity of the horn is probably also the reason that Handel arranged to movements in D from his Water Music as a Concerto in F for two horns, strings and bc. The fact that the original parts for trumpets were omitted allowed the transposition to F major. The scoring is not the only difference; there are also some melodic adaptations.

I already mentioned Barsanti's liking of Scottish tunes. This is documented here with four settings of such tunes for a melody instrument and basso continuo. Here the violin is chosen, but flute and oboe are also viable options; the tunes can also be sung.

This disc is a most interesting document, not only for its presentation of the horn in orchestral music of the first half of the 18th century, but also because it sheds light on a composer who is a rather unknown quantity. His extant oeuvre is not that large, but definitely deserves more attention. I hope that the remaining concertos from the Op. 3 will also be recorded by the Ensemble Marsyas, which delivers impressive performances of the music selected for this disc. Especially the players of the natural horns deserve the highest praise for their efforts. 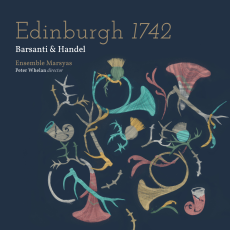 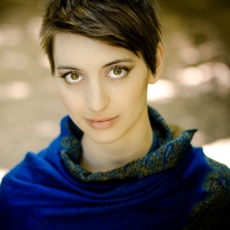