We’ve seen Beethoven’s An die ferne Geliebte appear in a variety of couplings over the past year but this is surely the most original – and probably the most imaginative since Christian Gerhaher coupled it with Schoenberg and Berg (Sony, 10/12). Here Georg Nigl juxtaposes it with a striking new cycle by Wolfgang Rihm at the centre of a programme bookended by sequences of Schubert.

And that’s not all: this, the Austrian baritone explains, is an endeavour explicitly devised for recording. Microphone placement is unusually close in a way that takes a little getting used to. Olga Pashchenko plays a fortepiano (a beautifully mellow and mellifluous Graf replica) for the Beethoven and Schubert, and switches to a modern Steinway for the Rihm. Nigl’s approach has also been tailored to the recording process, and the voice – a distinctive instrument offering a hint of Christian Gerhaher’s refined artlessness and some of the pleasingly acidic tang of Wolfgang Holzmair – changes according to the accompaniment: feathery and intimate with fortepiano, declamatory and full with piano.

Much of that, of course, is also down to the nature of Rihm’s work. Designated ‘Gryphius-Stück’ for baritone and piano and written for Nigl, it comprises seven movements drawing texts from three poems by the Baroque poet Andreas Gryphius, musing on transience in the face of serious illness. It’s a powerful piece, with robust piano-writing and a vocal part that seems both to grow out of the lieder tradition and trace a line of descent, via Rihm’s own Büchner opera Jakob Lenz, from Berg’s Wozzeck – a role that Nigl has performed to critical acclaim. The baritone sings the piece with utter conviction and compelling concentration.

In the Schubert and Beethoven Nigl and Pashchenko create a sound world of striking intimacy, against whose understated delicacy dabs of interpretative colour stand out in greater relief, including very occasional ornamentation from the pianist. An die ferne Geliebte comes across, in Pashchenko and Nigl’s hands, as especially wistful: a touching performance of moving tenderness.

The Schubert selection is largely introspective. Such songs as ‘Der Wanderer an den Mond’ and ‘Das Zügenglöcklein’ are exquisitely, lovingly done, but even the normally blithe ‘Die Forelle’ and ‘Fischerweise’, in the context, seem to convey something of the gentle resignation of the album’s title.

All in all, this is a beguiling, intelligent and supremely sensitive recital, which continues to resonate long after its last note has died away. Highly recommended. 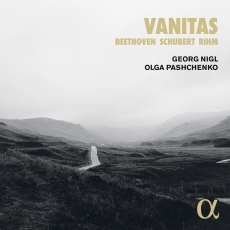 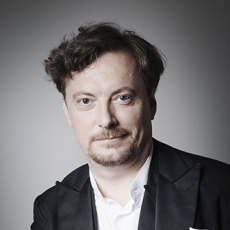 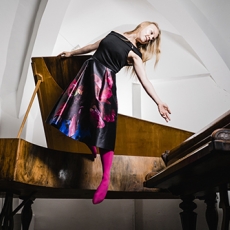