Girl Talk at the Pheasantry, London

An evening that makes room for both Doris Day and the Rolling Stones is never going to be short of surprises. Mari Wilson, Barb Jungr and their new recruit, the gifted folk-jazz singer Gwyneth Herbert, have only played a handful of gigs together since Girl Talk re-formed, but their partnership is already aglow. TV producers, please note: they display more satirical wit and sophistication in an hour than we are likely to get from an entire series' worth of Ten O'Clock Live.

It goes without saying that men came in for a rubbishing during parts of the show, but we sinners were not subjected to too much in the way of humiliation, and, besides, a streak of post-feminist humour ran through the programme. The sisterhood, they reminded us, has its flaws as well.

Negotiating the tiny stage of the Kings Road venue that has filled the gap left by the nowdefunct Pizza on the Park was no easy task. But the musicianship, with the excellent Adrian York at the piano, was unfailingly impressive. Wilson may have been a kitschy figure in her beehive heyday, but she is a versatile singer whose voice is still, dare I say it, girlish. Jungr remains one of this country's most adventurous performers (her thoughtful new album of Dylan songs is due for release soon), while Herbert's husky timbre gives the group a broader range than ever.

She can do a mean impersonation of Mick Jagger's lips too, as we discovered during the brash appropriation of Under My Thumb. The trio also had fun with Rodgers and Hammerstein's I Enjoy Being a Girl, and added knowing winks, metaphorically speaking, to Calamity Jane's anthem A Woman's Touch. Peter Sarstedt's lush romance Where Do You Go To, My Lovely? was subjected to some gentle ragging, and a couple of earthy Anglo-Saxon verbs were appended to Wishin' and Hopin', a hit for one of the group's role models, Dusty Springfield. Amid the teasing and joking, the shadows lengthened on a smouldering version of Jolene. If the between-song patter still has some rough edges, understandably enough, the Motown harmonising on Needle in a Haystack was nothing less than exhilarating. 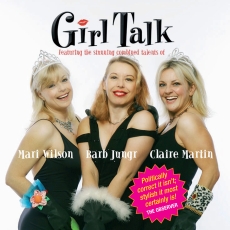 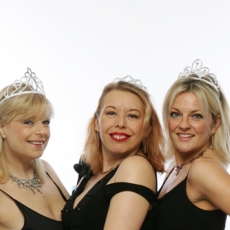