The life of Giusto Ferdinando Tenducci reads like a fictional bodice-ripper. Affairs, assignations, imprisonment and scandal followed the celebrated Italian castrato right across Europe, climaxing in his elopement with his 15-year-old singing pupil Dorothea Maunsell. He gave Mozart voice lessons, was friends with JC Bach and was generally at the hub of the musical activity of his age.

Just how much of that activity took place in Dublin is the unexpected sub-plot of this intriguing new release from the Irish Baroque Orchestra and Irish mezzo Tara Erraught. The city, and its supporting role in Tenducci’s career, becomes the prism through which Peter Whelan and the orchestra choose their less-than-familiar repertoire – a lively and often surprising soundtrack to this larger-than-life story.

A contemporary, hearing Tenducci perform, described the castrato’s voice as ‘neither a man’s nor woman’s, but …more melodious than either’. Erraught is a perfect choice to step into his buckled and heeled shoes, her mezzo blending androgynous muscularity with phenomenal agility. Skip straight to ‘Amid a thousand racking woes’ from Arne’s Artaxerxes to hear her in full spate, riding easily over the tempestuous coloratura, Whelan’s band driving her on at every turn. She’s also in her element in JC Bach’s ‘Ebben si vada … Io ti lascio’ – its sudden shifts between sustained legato and stormy recitative giving her plenty of scope – and her warm tone and buzzing vibrato brings bags of character to an unusually earthy Exsultate, jubilate.

Most striking, however, are the many works on the disc where Italian style meets Irish and Scottish folk. Lombardic rhythms snap and folk-melodies stir through JC Bach’s arrangement of ‘The Braes of Ballenden’ as well as Giordani’s Queen Mary’s Lamentation (he of ‘Caro mio ben’ fame, also included here) and his Irish Medley – a welcome opportunity for the whole orchestra to let loose after the stylish restraint of orchestral works by expats Pierre van Maldere and Johann Christian Fischer.

This is an immensely appealing recording – a gripping story told with plenty of verve and style. Now someone just needs to make the film to go with it … 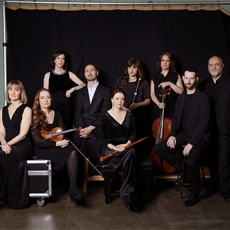 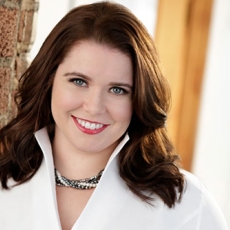