The Creation has a reputation as Haydn’s masterpiece and, with Messiah, as one of the two great classical oratorios. Yet it often disappoints in performance, not because of inadequate forces but for lack of energy. The primary qualities of this performance are its enthusiasm, its joy—all stops pulled out—in Part I, its delicacy and humanity in Part II. It is neither particularly modern nor particularly period; its spirit and power carry us beyond such touchstones. Yes, Il Giardino Armonica is a period ensemble, but it’s a large one; the booklet names the strings 6/6/4/4/2, but photos which are probably of this performance suggest a few less. In any case, the ensemble matches the power of a symphony orchestra, and its pitch is not as low as that of most period forces. A harpsichord continuo is just right. Added to this is the large Bavarian Radio Chorus, 13/10/11/10, which sings with abandon. Vocal soloists are excellent: The Gabriel/Eve, Anna Lucia Richter, has a lovely sweet soprano and sings smoothly, with a moderate amount of ornamentation. Tenor Maximilian Schmitt, the Uriel, is most pleasing. The Raphael/Adam, baritone Florian Boesch, has a gorgeous voice, full and colorful from top to bottom of his wide-ranging roles, in recitative as well as in song. Consensus tempos, with added pizzazz, bring us home a couple of minutes ahead of most performances.

One needs several Creations on one’s shelves: modern, period, German, English. While my favorites in each category are not dimmed, this is a win-win performance that should please everyone except those predisposed to one cause or another. If you had to have just one Creation (which I do not recommend!) this might well be it. Nits? The soloists do not blend well—Richter’s ringing soprano dominates—and the rousing chorus is not impeccably precise. Neither point detracts from this thrilling performance.

This recording, part of the series HAYDN2032, took place in Munich’s Herkulessaal during May of 2019; formal apparel in the photos suggests that it was before an audience, but I find no other indication of that. The recorded sound is remarkably fresh and natural, with soloists in front of the orchestra and chorus behind. German texts with side-by-side French and English translations appear in the booklet, which is woven into a minimal double-fold package, the discs well protected. 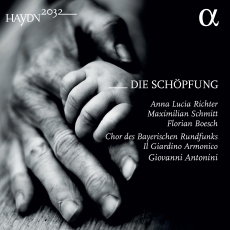 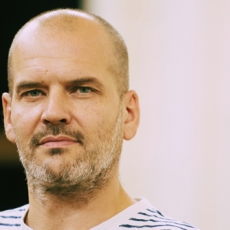