This is Gebrauchmusik in the best sense of that word: carefully, often elegantly composed and with a clear sense of its social purpose, be it for the Scottish community in which John Bevan Baker lived and worked for his family. It is also a timely reminder that modesty is no bar to musical ambition; the small scale of many of the pieces on this new CD belies their larger effect. As Peter Maxwell Davies says in a generous appreciation of Bevan Baker's career in the booklet that accompanies this recording, "there are composers who make new music within and for the wider professional and amateur world in places far from those critics where professional orchestras and opera houses flourish."

'Some composers blaze trails', Bevan Baker said of himself; 'others go along behind clearing the path and trying to encourage that direction - I am one of those composers.' Listening to Songs of Courtship you may think Bevan Baker over modest as he spins a kind of musical gold in these short settings of poems written in the seventh century BC by Mao Shih and translated by the great Chinese scholar Arthur Waley. The writing for piano is fluent in If along the highroad, while the distantly oriental chords that open A moon rising are evocative in themselves and a surefooted prelude to the entry of the voices. Throughout, the word setting is scrupulous, with the music resisting the temptation to illustrate the text. If there are hints of Ravel here then the influence is entirely benign. Bartok, too, seems to be there in the driving rhythms of the final number Wedding Song. The Consort of Voices do these musical miniatures proud.

Nearly all the music here was written in the final fifteen years of Bevan Baker's life, when it seems he enjoyed one of those enviable Indian summers that are granted to a few artists. His son in law, the cellist William Conway, who is the co-founder and artistic director of the Hebrides Ensemble, who plays on this CD, suggests that Bevan Baker was being asked for more music in his later years and that he was writing specifically for the Black Island singers, the vocal ensemble that he had helped to form. That, however, doesn't explain the rich vein of instrumental music that Bevan Baker mined in these years. There's the delightful Suite for Piano with his children pictured within, stumbling, dancing, tripping, in a sequence of dances, but also told the tenderest bedtime story in Berceuse. Spring is a solo violin piece, composed in 1983 for the composer's eldest daughter, Sarah, based on bird-calls, it ends with the true harbinger of spring, the cuckoo. How fitting that it's played here by its dedicatee, Sarah Bevan Baker.

If there's a delicately coloured lyricism, in Triptych (1950) for cello and piano, with William Conway joined by the pianist Graeme McNaught, it's Bevan Baker's last work Eclogue, written in 1994, that gives the fullest account of this admirable composer's achievement. Here the writing is never less than graceful in a series of solos, duets, trios and quartets for the members of the Hebrides Ensemble, who had originally commissioned the work Pastoral, certainly in many of its moods, but fragrant with the smell of wild thyme on the hills. The final piano solo might serve as an epitaph for a musician who hid his light under a bushel much too modestly. 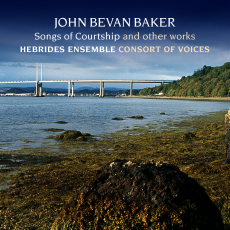 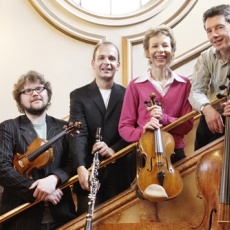