Mozart's relationship the trumpet was famously antipathetic. He is reported to have been terrified of the instrument as a child - "merely to hold a trumpet in front of him was like aiming a loaded pistol at his heart' wrote Andreas Schachtner, a trumpet-playing family friend. And yet Mozart is reputed to have composed a trumpet concerto at the age of 12 (K47c, long since lost, if it ever existed) and wrote parts for the instrument of great imagination and subtlety in his later orchestral and dramatic music.

The trumpet of Mozart's time was little more than a coiled brass tube with a mouthpiece, capable of playing only the notes of the harmonic series. Jonathan Freeman-Attwood (of this parish) wondered what Mozart might have made of a fully chromatic instrument and commissioned his Royal Academy of Music colleague Timothy Jones to compile four trumpet sonatas from Mozartian material Jones is a dab hand at completing Mozart's fragments and presents a range of music from the well known (a mid-1770s piano sonata) to the comparably obscure (songs, church sonatas, insertion arias and numbers from the abandoned operas L'oca del Cairo and Lo sposo deluso).

So in Sonata No 2, Jones takes the Dirnitz Piano Sonata, K284, and approaches it in the manner of an 18th-century composer adding an 'accompanying' instrument to a solo keyboard work (not an uncommon occurrence back then). Sonata No 3 is an ingenious mash-up of abandoned and anomalous arias from the mid-1780s while Sonata No 4 does something similar with a sequence of songs to create a work modelled on the form of the later violin Sonata No 1, with which the disc closes, takes themes from epistle sonatas in its first movement, the Solfeggio (K393) that became the "Christe' of the C minor Mass in its second and the 'Alleluia' of Exsulate, jubilate (K165) in its finale. Thus church, theatre, the home and the salon are each imaginatively represented.

It's a serious pursuit but it's all great fun as well. The opening Sonata No 3 is as symphonic in its conception as the Dürnitz Second, with the fearsome virtuosity of its closing variations, while the more familiar church works wrap up the disc in winning style. And it's an intriguing way to hear some of the rarer pieces, which you otherwise only tend to find in 'complete works' projects. Freeman-Attwood plays with great style and expression, while Anna Szałucka provides sterling piano support. Jones owns up almost bar by bar to the sources he's plundered in a booklet note that exhibits the manifest dedication to this wonderful music of all concerned. 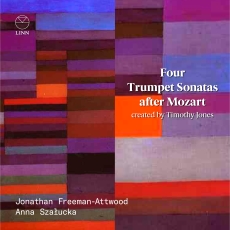 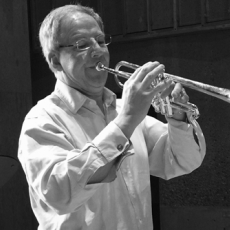