In 2002 I capped a highly favorable Schumann CD review with the following: "Needless to say, keep your eye on George-Emmanuel Lazaridis." I'm proud to vindicate my prediction five years later, for here's a Liszt Sonata that easily ranks among this warhorse's most arresting recorded versions. On a scale ranging from fast and taut (Leon Fleisher, Clifford Curzon, Leslie Howard, and the young Horowitz) to rhetorical and subjective (Claudio Arrau and Ernst Levy), Lazaridis definitely falls into the latter camp. He often stretches the repeated-note theme to the breaking point, yet never in an ultra theatrical, mannered way (even Arrau could go overboard here), and he treats the difficult octave passages like music instead of gymnastics.

In this context it comes as a surprise to hear the lyrical D major theme phrased so objectively, although the central fugato brilliantly reconciles sophisticated part playing with demonic drive.

Much as I've enjoyed similarly conceived Liszt Sonata recordings from young pianists such as Yundi Li (DG) and David Fray (Atma), Lazaridis' palpable physicality and wider dynamic range (helped by Linn's state of the art sonics) take honors. Next to the effortless, offhand panache with which Marc-André Hamelin dispatches Liszt's Paganini etudes, some listeners might take issue with Lazaridis' serious-minded and at times unorthodox interpretive stance.

Despite the pianist's undeniable poise and control in No. 2, the downward runs and arpeggios are too poker-faced to scintillate. And it took several hearings for me to get past No. 3's protracted tempo and appreciate Lazaridis' painstaking lapidary work. Similarly, No. 4 trades speed and outward panache for evenness, variety of articulation, and superb tonal control.

The pianist plays No. 5's "hunting horns" very slowly and gradually adds speed, in the manner of an introductory call to arms. As for No. 6, I've never heard the theme's short, decorative notes dovetail so elegantly into the rolled left-hand chords that follow, and I've rarely heard bravura and poetry intermingle to such an inspired degree in the variations. The power and ferocity of the climaxes are enough to make sure you've insured your loudspeakers and warned your neighbors! Clearly Lazaridis is no run-of-the-mill virtuoso, and we're sure to hear more from him. 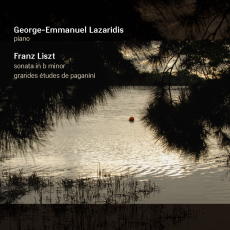 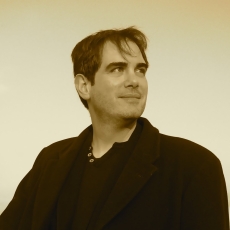