This will be a revelation to many. Lusitano is thought to have been the first recorded black composer (or mixed race, to be more precise) in Western music, and on the basis of this recording, one really ought to say ‘pre-eminence’.

This selection of motets impresses by its variety of scorings and moods, ranging from the relatively transparent (Emendemus in melius, where I detect echoes of Morales’s setting) to the thickets of his Salve regina, which bristles like a porcupine from the density of references to the chant. Or try Ave spes nostra for lower voices, reminiscent of Willaert in its concentration; or Lusitano’s chromatic showboat Heu mihi, Domine, nearer I think to Rore or to Gesualdo’s Neapolitan predecessors than to the Prince of Venosa himself; or, finally, the two splendidly elaborate pieces that reference Josquin, but through an aesthetic that he may scarcely have recognised.

From the opening bars of Praeter rerum, heard in the shadow of Josquin but soon claiming an identity of its own, one senses a clarity of purpose that goes beyond sonic beauty, though that also is there in spades: the female singers and Rory McCleery’s alto shape their lines beautifully, as do the lower voices on their own in Ave spes nostra. They seem to have reached a new level, and the outstanding quality of their sound is matched by the recording. That they do this in the service of a relatively unheralded but richly deserving music is sure to win both them and Lusitano new friends. 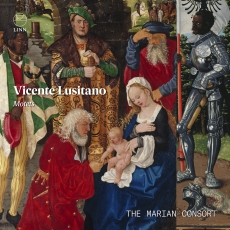 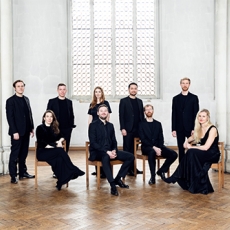