"World Class" was the rather glib description, often applied in the 40's and 50's, to the few European musicians who could be compared to the leading American jazz exponents. The expression was not considered appropriate when reference was made to American jazz - it was assumed that if the musician was American, then he or she would be automatically world class. In more recent times the quality of musicianship has improved to such an extent that there is no longer such a distinction between American and other musicians. This virtuoso display of solo guitar artistry by Martin Taylor, is as good as it can get. He is truly world class.

When this CD was first released in 1993, it received great critical acclaim. Reviewing the album in Crescendo, Ken Rattenbury concluded, "Martin Taylor's beautiful playing is simply a revelation. This disc should be in everyone's collection; just wonderful music....". Much attention was given to his technique, particularly when playing solos accompanied by a simultaneous bass-line on the bottom strings - a device first used by George Van Eps but attempted by few others since! Taylor's essential melodic approach, however ensures that his extraordinary technique never distracts from the music. He selects the finest standards but also includes a delightful version of Here, There and Everywhere, interwoven with Daytripper. The opening track, Polka Dots and Moonbeams, sets the tone and every track is a masterpiece.

Those Crescendo readers who failed to follow Ken Rattenbury's sound advice have a further opportunity to purchase this superb album, reissued in enhanced SA-CD multichannel, playable on all CD players. 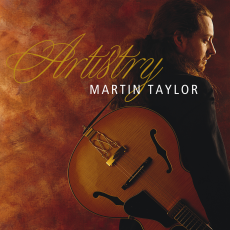 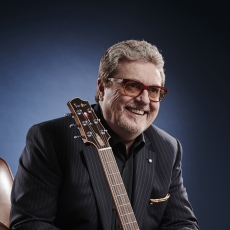