The Schubert Ninth is truly a “great” symphony, fully living up to its nickname. Needless to say, it is widely performed and recorded and here we have a conductor quite new to the scene leading a rather unusual though compelling performance of it, a performance that will prove to be more than just an intriguing account of passing interest.

Maxim Emelyanychev (b. 1988; Dzerzhinsk, Russia) was appointed chief conductor of the original instruments ensemble Il Pomo d'Oro in 2016, after previously serving as keyboard player in the group. He became the principal conductor of the Scottish Chamber Orchestra in the 2019-20 season. Listening to this performance of the Schubert Ninth, one immediately notices its individuality, the highly spirited performance by the Scottish Chamber Orchestra and the very brisk tempos throughout. One senses that Emelyanychev is a conductor with fresh ideas and the ability to get the orchestra to play the work exactly as he wishes. There isn't a bland moment anywhere in the performance - everything comes across with a sense of feeling and impact. That said, this is a Schubert Ninth that not everyone will like.

I mentioned the brisk tempos: there is no other performance I've encountered paced as fast, and while you may think that the overall timing of 54:30 is not so unusual when compared with other recordings you have, and consider that Emelyanychev includes all the repeats, whereas most other conductors on record, especially on older recordings, do not. Those from this century and late 20th century are more likely to contain the repeats, like the Abbado with the Chamber Orchestra of Europe (1989; DG) and Jonathan Nott and the Bamberger Symphony Orchestra (2007; Tudor), two conductors not known for slow tempos, and yet their timings are around seven minutes longer than Emelyanychev's ! The second movement, marked andante con moto, is particularly brisk here, more than three minutes ahead of Abbado and over two faster than Nott. I've never heard it played this fast.

Yet here's an instance where focusing primarily on the stopwatch is misleading. Quite simply, Emelyanychev and this splendid Scottish ensemble make an excellent case for their spirited, very driven approach: you will likely hear the work in a different way, not as a symphony stylistically expanding on the burgeoning Romantic movement but as one standing proudly in the Classical tradition. This interpretive stance is not new, but to me Emelyanychev and the SCO make the case for the “Classical” view probably more effectively than anyone else in the past.

How does Emelyanychev accomplish this? Sforzandos are potent and played with thrust; accenting in general is crisp and pointed; rhythms are springy but not overly elastic; main and secondary thematic lines are clear and well defined; and dynamics and instrumental balances are quite fine. In addition, Emelyanychev's handling of rubato is comparatively sparing and subtle throughout the symphony. Moreover, the playing by the SCO sounds extremely well rehearsed, without ever sounding calculated or mechanical. When certain other conductors employ all the repeats, this work, like some of Schubert's piano sonatas (D. 664, for instance), can sound overlong, in need of excising a repeat or two. I never had that feeling with this performance, as all four movements had life and spirit, always seizing my attention.

But, brilliant as Emelyanychev's reading is, at times it comes at a cost: in the first movement, following the Andante Introduction, the exposition (allegro ma non troppo) features several instances of those aforementioned powerful sforzandos, which sometimes blur or obscure meaningful detail, especially from the strings. Linn's sound reproduction is vivid and well balanced, so that's not the problem. Brass instruments are sometimes the culprit too, but I won't complain because their playing is quite brilliant throughout the symphony. Moreover, just about everything else in the first movement goes well: the Introduction is thoroughly convincing, not least because it ends with a powerful, atmospheric climax. The exposition and its repeat brim with energy and sunlight, while the development section exhibits the proper measure of angst. The remainder of the first movement is phrased and performed very admirably.

The ensuing panel has in past performances always struck me as dark, perhaps an expression of attempting to shrug off some great disappointment or rejection. Musicologist/composer Sir Donald Francis Tovey called the main theme, “a heartbreaking show of spirit in adversity,” and that is a fine description of it. In this very brisk treatment, the theme actually comes across as somewhat chipper and light, though the music later becomes more intense and agitated. This is a convincing performance in its own way, but a less aggressive tempo might be more effective. The Scherzo is well conceived and played, again with very subtle use of rubato and dynamics. The finale may well be the most successful movement in this performance: everything sparkles, with the music vivacious and exultant. The fast tempo sounds wholly appropriate, while accenting, dynamics and all else perfectly fit the celebratory character. Yet, there is a muscularity to the orchestral sound, especially in the latter half, imparting more of an epic sense to the music rather than a light or mirthful one. This is one of the finest accounts of this movement I've ever heard.

I must say the SCO has impressed me greatly once again. Back in 2018 I reviewed their set of the Brahms four symphonies with conductor Robin Ticciati, finding the performances excellent. I also covered their Schumann symphony cycle on Linn with Ticciati that same year for a different Classical review journal, assessing it as quite impressive too. If I can judge from these and the Schubert Ninth, I believe I can say this ensemble, highly respected though it already is, may still be somewhat underrated. They play with incredible spirit, accuracy, feeling and subtlety. Thus I will call them a world class chamber orchestra standing with the cream of the crop. As for Maxim Emelyanychev, he is a conductor with imagination and insight who clearly can attain the performance he wants from an orchestra. He should have a highly successful career.

As for the competition, let me deal with older recordings first: Karl Böhm and the Dresden State Orchestra (DG; 1979), in a live performance, have a very convincing account, despite audience noise; Gunter Wand with the Cologne Radio SO (RCA; 1978) is also quite excellent; and Karajan with the Berlin Philharmonic (EMI; 1977), predictably is quite fine too. Among more recent recordings are both the aforementioned Abbado and Nott efforts, which probably vie for my first choice among all these. That said, I must concede that these two place the work in a more Romantic tradition, which is my interpretive preference. If I were to view the Schubert Ninth as looking back to the Classical era, I would likely choose this excellent performance featuring Emelyanychev leading the splendid Scottish Chamber Orchestra. Your choice then, depending on your view of the work. 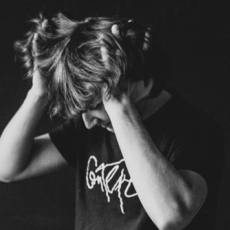