Composed for London’s Hanover Square Rooms, Haydn’s Op 71 Quartets balance a chamber-musical refinement with broad effects calculated to appeal to a large public. Each begins with a loud call to attention – a cue for audience chatter to cease. No 2 in D, uniquely in Haydn’s quartets, continues with a miniature slow introduction. After their opening gestures, the first movements then combine extrovert energy with taut thematic argument that reflects the proximity of the ‘London’ Symphonies.

Earthy robustness will take you a long way in these quartets; and with their clean, direct style, the all-male, all-Scottish Maxwell Quartet vividly realise the fast movements’ flamboyant contrasts of texture, register and dynamics. In movements like the bounding opening Allegro of No 2 they relish the bouts of virtuosity Haydn gives all four instruments, his nearest approach to the showy quatuor concertant that was all the rage in France. Here and elsewhere, their precision at speed and unanimity of bowing are a match for allcomers. The opening Vivace of No 3, Haydn at his most antic, darts and leaps with a conspiratorial twinkle – a thoroughly delightful performance.

The Maxwells’ roots in their native folk music show both in the finales and in the lustily paced and accented minuets. In their engaging booklet note the players pinpoint the ‘fantastic waltz-like section’ in the Trio of No 3’s Minuet, ‘best heard with a pint of beer in one’s hand’. The performance proves their point. They also throw intriguing light on Haydn’s demotic spirit by following each of the quartets with their own arrangements of traditional Scottish tunes, by turns soulful and rowdy.

As you might by now expect, the Maxwells keep the slow movements well moving. Vibrato is carefully rationed, Romantic sentiment minimised. In the Adagio of No 1 they emphasise the dotted siciliano rhythms, while the Andante of No 3, perkily con moto, sets out as a brisk country walk. Yet, while never less than enjoyable, the Maxwells’ clear-eyed approach has its limitations. The two rival ensembles listed below give the music more space and flexibility, and seem to feel Haydn’s remote key shifts more acutely. The Lindsays, especially, savour the sensuous richness of texture and harmony in the Adagio of No 2 (the Maxwells are too inclined to stress the bar line) and the exquisite closing stages of No 1’s Adagio, where the whole quartet transforms itself into a harp. Simply put, both rival quartets moved me more deeply than the Maxwells. Still, I’m glad to have heard this new recording from a young ensemble whose fresh, unaffected playing marries technical brilliance with an authentically Haydnesque joie de vivre. 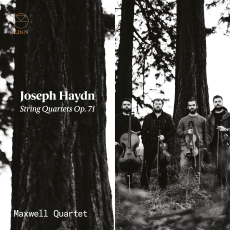 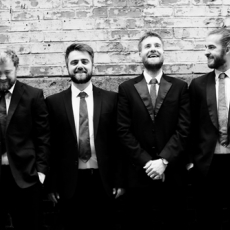