One of the most difficult tasks for a reviewer is to tackle new performances of well-worn repertoire. With literally hundreds of recordings of these works in the catalogs, is there really much new to say? Luckily, both the quality of these performances and the outstanding audio fidelity allow an answer in the definite affirmative.

Sir Charles Mackerras is not new to this repertoire - he has lived with it for decades in the concert hall and the recording studio. His acclaimed survey with the Prague Chamber Orchestra for Telarc has been a benchmark period-informed modern-instrument performance for nearly two decades. His place as a leading interpreter of Mozart's symphonies is secure, as his legacy is expanded with this new survey.

Mackerras' latest foray into Mozart's symphonies comes from the audiophile recording label (and equipment manufacturer) Linn. With company headquarters near Glasgow, it was logical that they should tap the considerable virtuosity of the Scottish Chamber Orchestra for this new cycle. Sir Charles and the SCO have a long association dating back more than two decades. The first volume from Linn (CKD308) containing symphonies #38-41 has already been released to critical acclaim, winning the Critics Award at the 2009 BRIT Awards, named Disc of the Year at the 2009 BBC Music Magazine Awards, as well as receiving the Midem and Choc de l année Awards.

In preparation for this recording, Sir Charles merged his considerable knowledge of these works, with scores and parts he has been editing from available sources for years. The result is a definitive view of these works from Mackerras. The SCO has recorded a wide range of music with Mackerras over the years, including works by Arriaga, Kodály, Brahms, Vorisek, Handel, Schubert, Weber, Bartók, Field, and Beethoven...

...Sir Charles' decades of musical research has allowed him to make performing editions of these symphonies in preparation for this recording. But it is his close, synergistic relationship with the Scottish Chamber Orchestra, an ensemble whose reputation seems to have only expanded in the past couple of decades, and the sound quality captured by Linn's engineers, that has brought forth perhaps the finest recordings of these works I know. 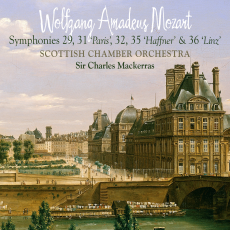 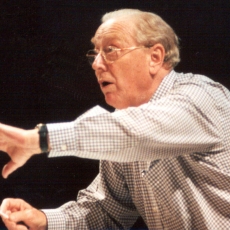