This is the debut recording from The Odyssean Ensemble. It was released several months ago but returned to my mind while reviewing a more recent recording of Thomas Tomkins from the Choir of the Chapels Royal of Hampton Court Palace. The Odyssean Ensemble is a professional choir, directed by Colm Carey, the current director of music of another Chapels Royal at HM Tower of London, with the deputy director Christian Wilson playing the organ. A little bird tells me that the third of London’s Chapels Royal, the senior of the three, at St James’ Palace is also preparing a recording.

The music is centred on the Great Service of William Byrd, together with some related anthems. They perform from a new performing edition by Andrew Johnstone, whose booklet notes set the scene. It was not recorded in either of the current Tower of London Chapels Royal (there are two), but in St Jude-on-the-Hill in Hampstead Garden Suburb, a much larger acoustic than the Chapels Royal, but recorded well to provide clarity of line.

The principal feature of this recording, setting it apart from most others of this repertoire is the organ used for the accompaniment. It is the ‘St Teilo’ organ, the most recent of three reconstructions of Tudor organs by Goetze & Gwynn, based on the remains of two early 16th-century organs found in East Anglia. Not only is the organ appropriate, but Christian Wilson has studied the likely musical use of the organ as an accompanying instrument during Byrd’s time.

The organ texture is relatively sparse, but clearly audible (unlike the usual far less ‘authentic’ little box organs) reinforcing the treble and bass voices, allowing the inner vocal lines to be heard through the often complex texture. One distinctive feature of the organ accompaniment is the use of the short-compass sub-octave ‘Diapason’ which sounds an octave below the lowest voice and giving a distinctive texture to the sound. Christian Wilson also contributes one of Byrd’s substantial Fantasias, played with commendable musical integrity and energy. The subtly sensitive winding of the organ provides a delightful added dimension to the texture, as does the temperament of the organ.

The Odyssean Ensemble field 10 singers for the double choir Great Service, with two additional sopranos for the Anthems. Their sound is forthright, appropriately portraying the musical and liturgical strength of Byrd’s music. Unfortunately, this style of singing doesn’t always allow for singers to rein in their natural vibrato, and this is occasionally noticeable. But despite my usual reservations about vocal vibrato, this is a small price to pay for the wholesome and direct performance. Byrd’s vocal and organ music is often treated in a sotto voce and rather well-behaved manner, which its own texture and the fervour of musical and religious life of the time rather belies.

Director Colm Carey explores Byrd’s sensitivity to the text and his extraordinary musical language. He deals well with the unfolding textures of the music, with subtle changes of volume and timbre. The cadences are particularly impressive, devoid of any vocal vibrato.

Perhaps less well-known than Byrd’s Latin services, the (English) Great Service is a monumental work, full of drama and variety. The rhythmic contortions that feature in his keyboard music are much in evidence, as is the sheer inventiveness of his musical language. The Great Service includes the canticles that were sung during the services of Matins and Evensong; an important part of Cranmer’s 1549 Book of Common Prayer. 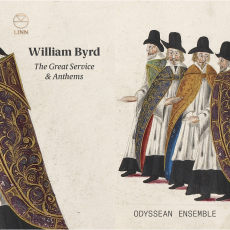 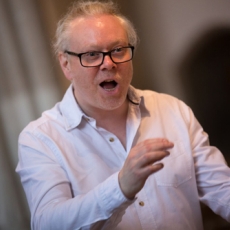