William Byrd's consort music for viols forms a relatively small part of his compositional output: a handful of fantasias and dances, In nomines, Miserere and hymn settings, composed over roughly 40 years. It's enough to fit on a single CD if dubious and insufficiently reconstructed pieces are ignored, as opposed to the compendium of seven discs David Moroney employed (Hyperion CDA66551/7) for the extant, authenticated keyboard works, not to mention his voluminous collection of choral and vocal music, including masses, motets, consort songs, and anthems that are only gradually being recorded. Despite their slender number, however, the 27 works for whole consort are of uniformly high quality.

Laurence Dreyfus, Phantasm's director, suggests a probable order of composition that begins in 1560 with contrapuntal settings of cantus firmus hymns, through a series of In nomines, and a single, dense Fantasia à 6. These ceased in 1565, and only resumed with a pair of variational sets on grounds in 1569 and 1572. Two more fantasias appear in the mid 1580s, all but three final consort works following in the next decade. Conjectural though it may be, these groupings make sense-in particular, the appearance of a couple of three-voiced fantasias assigned to 1603 that have what can only be termed a density of craft and purity of art, that in its quiet way recalls Bach's The Art of Fugue. All of these works are mixed within this album, of course, to provide a program that holds the attention through its shifting textures, forms, and expressiveness.

In a review of Phantasm's recording of John Ward's consort music (Fanfare 33:4), I praised the manner in which the "combination of the consort's attention to rhythmic detail and textural breadth (that bowing!) gives Ward's fantasias an animation that only enhances their attractiveness, without palliating their grave line." That is true on this album as well, in such works as the Christe qui Lux es à 4 (II) and the In nomine à 4 (I)-but it remains to mention the clarity of their textures and the glowing, transparent sound led by the trebles, which makes everything a delight to hear. This is particularly applicable to Byrd because he had a way of gradually lightening both the textures and expressive character of even the most solemn of consort pieces-the In nomine à 5 (V) comes to mind-and Phantasm's tonal weight is suited to these shifts of frame. I have nothing but admiration for Fretwork's recording of this music (Virgin Classics 45031), but their textures are uniformly darker, the tempos slower, and the mood more unceasingly severe. Phantasm captures all the dimensions of this music better, to my way of thinking.

The sound is excellent, with just enough reverberance to bring out the viols' typical warmth, but not obscure the polyphonic lines. Highly recommended 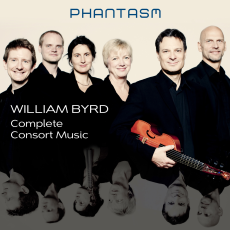 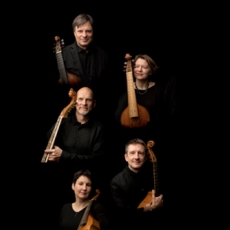