Though 19th-century German song remains at the heart of the fortnight-long Oxford Lieder festival, programmes range far more widely across the world and up to the present day. One of this year's major events was the belated European premiere, by the Prince Consort, of a song cycle by the American Ned Rorem, who is now 86.

Rorem's songs are at the heart of his output, and Evidence of Things Not Seen, completed in 1997 for four singers and piano, was designed as a summation of his songwriting art. Lasting about 90 minutes, it includes 36 settings of 24 authors grouped into three parts entitled Beginnings, Middles and Ends, which trace out a lifespan of experience: from youthful optimism, through the harder-edged realism of maturity, to a final contemplation of death. The selection ranges widely, from the 17th to the 20th century, although Auden, Whitman and Paul Goodman feature prominently; the title comes from the last song, setting words by William Penn, one of the founders of the Quakers.

Stylistically, most of Rorem's songs could have been composed at any time in the last 100 years, but his music is pliably expressive, its weighted response to the words acutely sensitive. The sequence is wonderfully varied - some declaimed to florid piano, others introspectively lyrical. The outstanding singers of the Prince Consort caught the sense of accumulating weight of experience perfectly. 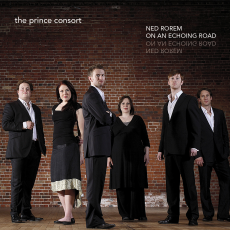 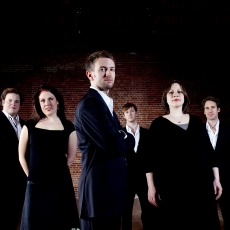