The Scottish Chamber Orchestra and Robin Ticciati have already demonstrated their glowing credentials in Berlioz with last year's release of the Symphonie fantastique (5/12). That performance combined a gripping sense of astutely paced drama with a spectrum of orchestral sound that fully echoed Berlioz's characteristic palette of instrumental timbre. It was at the same time a performance of great finesse, a quality that also dignifies this new release combining Les nuits d'été with the Love Scene from Roméo et Juliette and the dramatic cantata La mort de Cléopâtre that Berlioz wrote unsuccessfully for the Prix de Rome in 1829. Gone are the phantasmagorical images of the Symphonie fantastique, and in their place are the tenderness, rapture and wistfulness of two works - Les nuits d'été and Roméo et Juliette - linked by Berlioz's infatuation with the works of Shakespeare. Both of them reveal his rich lyrics propensities, with Les nuits d'été attesting to his maturity and sensitivity in the matching of music to words, something that underpins and animates the emotional intensity of La mort de Cléopâtre of some years earlier, even if the Prix de Rome jury thought otherwise. There is marked difference of scale and intent when these works are set against the Symphonie fantastique but once against the SCO and Ticciati gauge the perspective to a nicety.

Berlioz's scoring is so apt in Les nuits d'été, so inextricable from the sense and sensibility of his friend Théophile Gautier's poetry, that it is hard to imagine that the songs and the orchestration were not initially conceived side by side. Originally for voice and piao, and completed in 1841, the six songs that Berlioz slected from Gautier's 1838 collection La comédie de la mort were orchestrated at various times later on, two for particular singers and the remaining four at the instigation of the Swiss publisher Jakob Melchior Rieter-Biedermann. The title of the cycle is a deliberate reference to Shakespeare's A Midsummer Night's Dream. Roméo et Juliette, Berlioz's Symphonie dramatique, had been first performed in 1830.

One of the striking facets of Ticciati's conducting and the SCO's playing in Les nuits d'été is the clarity and detail that spring from the score. This is not effected in any obtrusive, mannered way but rather it is an indication of Ticciati's insight into Berlioz's subtle touches of colour and textural variety. There is a notable instance in the very first song, ‘Villanelle', where, in the second verse, the rhythmically regular woodwind accompaniment is graced with wisps of violin and cello counterpoint. To say that these don't stand out might give the wrong impression, but the important thing is that the orchestral playing just lets the ear know that these little nuances are there. This is typical of the playing throughout Les nuits d'été. Ticciati can coax a bleached, almost vibrato-less sound at moments of despair or introspection in ‘Au cimetière' and ‘Sur les lagunes'; the woodwind can take on an ominous darkness; but equally the sonority can blossom and burgeon in the final song, ‘L'île inconnue'. And in between these two parameters the refined, natural calibration of dynamics and the supple weaving of the orchestral fabric are an absolute joy.

The SCO's collaboration with the mezzo soprano Karen Cargill is also an entirely felicitous one. She relishes Gautier's words as much as Berlioz does, and when, for example, the juxtaposition of ‘criens' and ‘rien' occurs in ‘Le spectre de la rose', she rolls her Rs affirmatively and give full vent to the intended assonance. ‘Reviens, reviens' in ‘Absence' by contrast, is voiced with the utmost, gentle longing. In the ‘Villanelle', with its fluid phrasing and its sophisticated harmonic scheme, she eloquently describes the undulating contours of the vocal line and lightly expresses the poetry's springtime bliss. She has an interpretative range that can poignantly voice the veiled sentiments of ‘Au cimetière', matching the orchestra in finding a dark, bleak tone for the poetry's shadows and shimmering lights. She can fuel the rapture of ‘L'île inconnue' and surmount the ecstatic heights on the phrase ‘Et j'arrive du paradis' in ‘Le spectre de la rose', preceding it with breathless excitement at the scent of ‘ce léger parfum'. This is a performance of Les nuits d'été that is all of a piece, entirely at one with Berlioz and Gautier, and distinguished by a singer, conductor and orchestra who are palpably of like interpretative mind.

In La mort de Cléopâtre Ticciati and the SCO energetically underpin the mounting tragedy in the orchestral introduction, accompanying Cargill's anguished recitative with dynamic thrust. The shifts of temperament from explosive to reflective in the ensuing lyrical scene have a genuine sense of heartfelt angst, with the ‘Méditation' gloriously showing Cargill's affinity with the music and with its trajectory of mood. Cargill humanises Cleopatra's woeful predicament, and the orchestra mirrors her vehemence and sorrow, her susceptibility and defiance. With the love scene from Roméo et Juliette played with a shrewd sense of unfolding drama and with a radiance of sonority, this is a disc that offers three contrasting facets of Berlioz's output in performances of exhilarating stature. 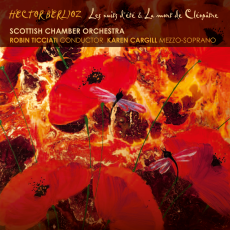 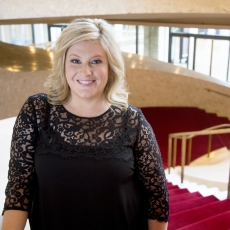