One of the great joys and advantages of working from home is that the neighbours tend to go out early doors; one can put the sound system on and turn the volume up confident that good relationships developed over years are not under threat. The present sumptuously engineered disc, appropriately titled A Venetian Extravaganza is dominated by the sonatas and canzoni of Giovanni Gabrieli, although to provide a little context there are similar pieces by five of his contemporaries of whom Frescobaldi is the best known. It is blasting out of my speakers (again) as I write this and it sounds absolutely glorious. The Canaletto adorning its cover should be partially obscured by one of those (removable) ‘Play Loud’ stickers that one used to see on the albums of Motorhead and Iron Maiden. It is music that sounds especially uplifting on a bright spring morning. These performances have delighted and moved me in equal measure – and while the sonics are spectacular they are utterly natural.

Stylistically one might expect these pieces to be a little too homogenous to play the whole 76 minutes at one sitting, and one would be wrong – there is infinite variety here and the quality of playing, be it in solo terms, or in small or large ensemble, is breath-taking. It is hard to believe this is essentially an ad hoc group, a collaboration of students from the Juilliard and the Royal Academy. The playing is poised and fluent, the ensemble splendidly precise. They are helped by the superb recording – outstanding even by Linn’s standards – it is unlikely that the acoustic of St Jude-on-the-Hill could have been bettered by that of the Basilica di San Marco itself.

This transatlantic student ‘supergroup’ is conducted here by the experienced trumpeter Reinhold Friedrich who happens to be Visiting Professor of the instrument at the Royal Academy. The works included here involve ensembles of between 4 and 22 trumpets and trombones; Benedict Williams is the omnipresent organist. The layouts and personnel involved in each work are helpfully detailed in the booklet. While the loud playing inevitably raises the roof it never sounds cluttered or forced. If the devil is in the detail the clarity of the part-writing leaps from the speakers, the security and confidence in the playing of these young performers is breath-taking.

Friedrich’s experience really comes to the fore in some of the more stately and reflective music. A case in point is the extraordinary Sonata XVIII a 14: at once it demonstrates Gabrieli’s genius for form in a nutshell. In six and a half minutes of perfection, its structure proves the equal of any of the extraordinary churches this music would have graced over the centuries. The whole constitutes a graceful arch of finely-detailed phrases; its success depends both on fastidious ensemble and virtuosic solo ornamentation. This is achieved seemingly effortlessly here, in a deeply-felt performance, superbly led by Friedrich and all the more moving for its almost unassuming lack of showiness. Its abrupt ending is managed perfectly and truly surprises.

The more familiar Sonata pian e forte a 8 receives as fresh an account as I have ever heard on disc – it radiates warmth, splendour and reveals the originality of its conception anew. The disc ends with the Sonata XX a 22, Gabrieli’s most ambitious instrumental work, at least in scale. It duly receives a magisterial performance from these energised student players and epitomises the qualities of this disc. The differentiation of the five choirs involved must provide a massive challenge for the engineers but the Linn team have produced a spectacular yet utterly faithful sound picture. The concentration and musicality of these readings merit nothing less.

Stephanie Dyer’s fascinating notes address how Gabrieli’s formal strategies quickly took hold among other composers in Italy and elsewhere; subsequently they were taken up by contemporaries and successors alike. Short works by five of them further enhance the qualities of this disc and provide context as well as contrast. Frescobaldi’s Canzon terza a due canti is possibly the best known of these and receives a gleaming account with agile interplay between the three brass players; Massaino’s Canzon XXXIII a 8 is the only trumpet-free work on the disc – its eight trombones producing truly unique and attractive colours. Ultimately it seems churlish to pick out individual numbers – one ends up identifying ‘favourites’ but each of these pieces is distinctive and memorable when they are played and recorded like this. The 76 minutes fly by. There are absolutely no longueurs.

Academy Principal Jonathan Freeman-Attwood has produced the disc himself and in his introduction justifies the adoption of a kind of middle-ground approach between modern and period performance. While the instruments themselves are modern, decisions regarding tuning, balance and ornamentation, among other things, have been heavily influenced by ‘period-style’. This approach has been triumphantly vindicated on this very special issue. The performances are remarkable and the sound is of demonstration quality. Lovers of this repertoire should not hesitate; indeed this disc sets a new standard for it. 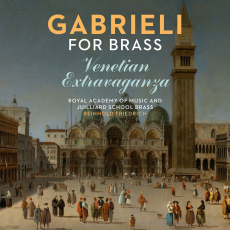 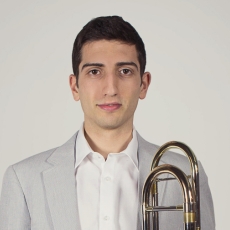 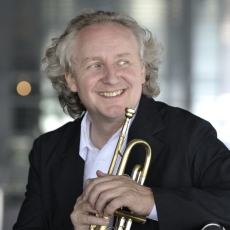