Sarah Willis is hardly the first to put a Cuban spin on classical works. But where, say, the Klazz Brothers’ ‘Classic Meets Cuba’ or Tiempo Libre’s ‘Bach in Havana’ (both on Sony) relocate the Old Masters to the dance floor, the Berlin Philharmonic horn player (and Deutsche Welle television personality) keeps Mozart closer to the concert hall. In Sarahnade mambo, for instance, Edgar Olivero transforms the first movement of Eine kleine Nachtmusikinto something you could easily swivel your hips to. Yet even though he has Willis backed by a small combo that would be right at home in a nightclub, the mellifluous elegance of his part-writing and the way he remains true to so many details of the original suggest something slightly more formal.

That said, each of the five Cuban-inflected selections on ‘Mozart y Mambo’ has a distinct personality – and the variety is most welcome. Joshua Davis and Yuniet Lombida Prieto’s Rondo alla mambo (based on the finale of the Concerto, K447) offers Willis the opportunity to show off in an easy, breezy way, for example, while Jorge Aragón’s orchestration of the bolero Dos Gardenias(which you may recognise from the Buena Vista Social Club’s first Nonesuch disc) evokes Nelson Riddle and Billy May’s lush scoring for Sinatra’s Capitol recordings.

Of course, Mozart is at the heart of this disc – and what a marvellous Mozartian Willis is. Listen, say, to her thoughtfully varied articulation in the incomplete concerto movement K370b(here in a solid reconstruction by Robert Levin) and how this brings out the operatic character of the solo writing, or to how she finds drama in the minor-key section of K447’s first movement (at 3'06"). I’d prefer a slightly more relaxed tempo in the concerto’s central Larghetto but I’m charmed by the gentle swing she brings to the Rondo, K371, and her soft playing in pianopassages of all three works is absolutely ravishing.

Willis is supported with poise and élan throughout, although the Cuban musicians’ gusto is muted by distant microphone placement in the reverberant acoustic of the Oratorio San Felipe Neri. Thoroughly enjoyable, nonetheless. 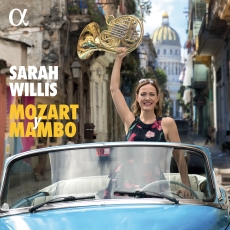 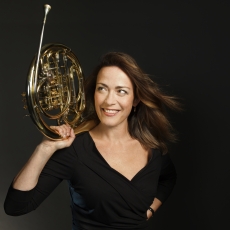