Theatre of the Ayre - The Masque of Moments - Early Music Review

The Masque was a form of aristocratic entertainment with medieval roots that reached its English peak in the early 17th century during the reigns of James I and Charles I. Closely related to similar continental forms such as the Italian Intermedio, it included music, dance, acting, mime and singing, often to elaborate sets. They were usually based on Classical mythology combined with more than a hint of current political or royal intrigues. As well as professional performers, the promoters or subjects of the masque were often also involved in the production. For many years, Elizabeth Kenny and her group Theatre of the Ayre have studied the genre, and this is their latest manifestation of that research.

Rather than attempting to recreate a specific masque they have reconstructed a typical one by drawing on ‘moments’ from several sources, focussing on the ayres, or songs, that they contained. Based on an assumed order of events, it starts with a sung invitation to the celebration of a wedding and an ‘anti-masque’, complete with dancing bears and drunken revelries. The masque proper finds us in the world of Arcadian sylvan delights, populated by beings called Hymen, Phoebe, and Flora. This is followed by further revelries and dancing until the herald of the dawn is heard, distantly.

With 26 tracks of instrumental and vocal music, there is a lot to take in, particularly if you attempt to follow the texts, from some of finest writers of the day, including Dryden, Milton, Johnson. The music features the likes of Campion, Coperario, Ferrabosco, Lawes and Locke. The sheer variety of music makes for compelling listening, aided by some expressive singing from the five soloists and playing from ten instrumentalists, including massed pluckers. There is even room for the Choir of Salisbury Cathedral, standing in for the men and boys of the Chapel Royal who were known to have participated in masques in the Banqueting House, whose architect, Inigo Jones, was also involved in the design of masques.

It reminds me of a Theatre of the Ayre performance of Blow’s Venus and Adonis in Southampton some years back, which included a chorus of cupids from a local Primary school, and a bevy of girls from Salisbury Cathedral school with a 12-year old girl singing the principal cupid role. There is a similar moment on this recording when Rosanna Wicks, aged 15 at the time of recording, channels the 15 years old Alice Egerton who sang in the Comus Masque performed at the family seat of Ludlow Castle in 1634. Rosanna Wicks’ evocatively simple and unaffected voice is an absolute delight, in sharp contrast to the rather operatic singing of the other featured soprano and countertenor. Nicholas Mulroy and Giles Underwood both excel in their various roles.

The extremely detail programme notes (in English only) is required reading for anybody interested in following up the story of the English masque, but the recording is also worth just listening to, without any background knowledge. 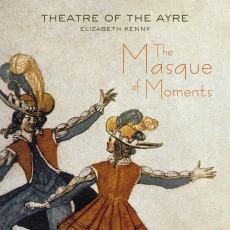 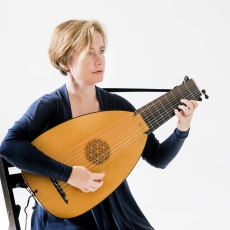