Two powerhouse early music ensembles from Belgium join forces for a pair of riveting journeys to the underworld by Marc-Antoine Charpentier this week, with Lionel Meunier’s award-winning Vox Luminis coming together with relative newcomers A Nocte Temporis (the brainchild of tenor Reinoud Van Mechelen, who shares directorial duties with Meunier as well as taking centre-stage as soloist in both works).

The most substantial piece on the album is the hour-long La descente d’Orphée, an unfinished chamber opera from 1686/7 which begins with Euridice’s wedding celebrations and breaks off after two acts as the hero is finally granted permission to rescue his beloved from death (terms and conditions notwithstanding). It’s received several fine recordings from the likes of Les Arts Florissants and Ensemble Correspondances, but the companion-piece here is a real rarity – a distinctly Italianate chamber cantata from three years earlier, Orphée descendant aux enfers is scored for just three voices and small ensemble, and depicts the hero’s encounter with two tormented souls (Ixion and Tantalus) with startling emotional depth and nuance.

Stylistically and chronologically, both works fall midway between two of the best-known settings of the Orpheus myth, with roughly eighty years separating them from Monteverdi’s Orfeo (1607) and Gluck’s Orfeo ed Euridice (1762); Charpentier spent time in Italy in the 1660s, and there are whispers of Monteverdi’s ‘Possente spirto’ in Orphée’s great encounter with Pluto in La descente, whilst the ravishing writing for two flutes in each work looks forward to Gluck’s Dance of the Blessed Spirits. The prelude to the cantata, though, occupies a weird and rather wonderful harmonic landscape that’s all its own: this particular road to hell is certainly paved with good suspensions.

Vox Luminis is very much a collective of soloists, and both works offer plenty of opportunity for individual singers to step into the spotlight. Following Charpentier’s lead (the composer modestly allotted himself the small part of Ixion rather than the title-role in La descente), Meunier makes several characterful cameos, including a lugubrious Tantalus in Orphée descendant and an eloquent Apollo in La descente. There’s also wonderful work in the latter piece from Déborah Cachet’s vernal Euridice and Geoffroy Buffière’s authoritative, sonorous Pluto, whose baleful pronouncements are set against a suitably sepulchral organ continuo and whose intransigency is ultimately no match for Stefanie True’s unexpectedly sensual Proserpine. 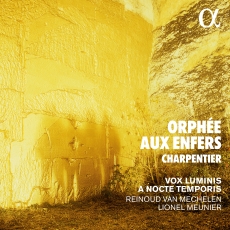 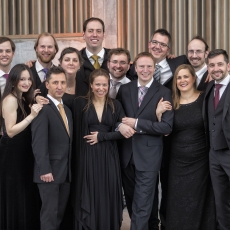 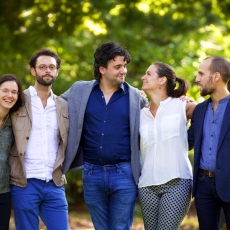