In the summer of 1942 Britten met the brilliant young horn player Dennis Brain and began to imagine writing a horn concerto for him. Britten’s publisher, Erwin Stein, suggested he write an orchestral song cycle with horn obbligato for tenor Peter Pears and Brain. The resulting Serenade, Op. 21, become an instant success and has continued to be one of his most popular works. His settings of texts by Charles Cotton, Alfred Lord Tennyson, William Blake, Ben Jonson, and John Keats reflect on the dying of the day and metaphorical themes of loss, guilt, fear, dread, and troubled sleep.

Pears and Brain recorded the Serenade in 1953 with Eugene Goosens and the New Symphony of London (J/A 2011). Pears recorded it again for Decca in 1963 (reissued by London in 1993) with Barry Tuckwell and the London Symphony conducted by the composer—the benchmark recording.

I find much to like in each. Each of them has a more felicitous sound than Pears’s “strangulated, drowning-the-cat timbre” as David Mellor describes it in the Daily Mail of March 2016—though it must be granted that Pears had a great sensitivity to the texts.

This recording has the advantage of firstrate sound, a superb horn player who is at least the equal of Brain or Tuckwell with an even greater range of tonal nuance, and a singer who simply has a more pleasant sound than Pears. His voice is lighter and softer than others, but he tempers it to fit the text—restful and serene in the opening ‘Pastoral’; splendidly declamatory in ‘Nocturne’; appropriately spectral and rising to near panic before subsiding in ‘Dirge’; nimble and “excellently bright” in Hymn; and clearly conveying the sense of letting go in ‘Sonnet’ as he “seals the hushed casket of the soul”.

Clayton’s articulation of the melismatic passages in ‘Hymn’ shows agile technique with a carefully moderated aspirated articulation of the passage, which is entirely preferable to a blur of sound. Each time I listen to his singing I find more to like. This is another exceptional performance of the Serenade, and it stands up well against the competition. The string playing is brilliant in the Serenade— light, nimble, and ethereal—just as it is in the works that begin the program: Young Apollo; Lachrymae; and Prelude and Fugue.

Britten composed Young Apollo on commission from the Canadian Broadcasting Corporation and was pianist in its first performance in August 1939. With words from ‘Hyperion’ by John Keats, this tone poem for solo piano and strings describes the transition of power from the old gods to a new order of youthful deities. After only two performances Britten withdrew the work and it was not heard again until 1979, three years after he died. It is now known that he suppressed the work because of criticism over his infatuation for the son of German conductor Hermann Scherchen at a time of war between his nation and Germany.

Prelude and Fugue was composed in 1943 in celebration of the 10th anniversary of the Boyd Neel String Orchestra with a separate part for each of the orchestra’s 18 players—a piece, as the notes remark, that finds Britten “indulging in the exuberant technical wizardry of his youth”.

The more substantial and mature Lachrymae (subtitled “Reflections on a Song of Dowland”) was composed in 1954 for the Scottish violist William Primrose in the form of a seamlessly evolving set of variations. Mate Szucs gives a fine performance that is both virtuosic and poetic.

The Aldeburgh Strings is an ensemble of musicians-in-training of Aldeburgh Music’s Britten-Pears Young Artist Program, which continues the composer’s work of developing young musicians. Mentoring is supplied by members of prominent European orchestras. Their wonderfully vibrant, secure, and searching playing is beautifully recorded.

Violinist and director Markus Daunert is leader of both the Mahler Chamber Orchestra and the Lucerne Festival Orchestra. Mate Szucs is principal viola of the Berlin Philharmonic. 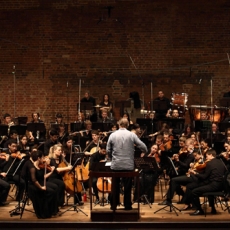 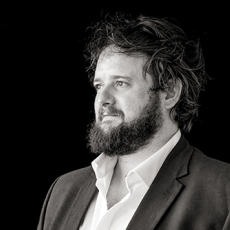 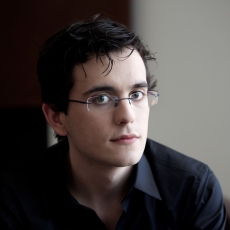 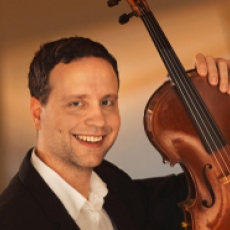 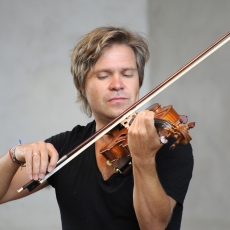