At the heart of Bor Zuljan’s approach and programme here is the melancholy Dowland, the Dowland of ‘Semper Dowland, Semper Dolens’. Zuljan’s booklet essay begins with the assertion that “Melancholy struck Elizabethan England like an epidemic”. However, his next sentences add an important qualification: “Seen as a common, even fashionable illness, it was associated with sadness and abnormal mental states, but also with refinement and masculine intellect. The ‘phylosophicall melancholia’ originated in the teachings of Marsilio Ficino ….”. Creative artists – painters, musicians and poets were ‘melancholy’ men – i.e. men who, in the medical terms of the day, had an excess of ‘black bile’ – the melancholy ‘humour’ – in their body. Several centuries earlier Aristotle (or one of his followers) had written that the wittiest men (i.e. the men with most inventive ideas) were melancholy men. ‘Melancholy’ men didn’t, however, produce only works exploring melancholy and, as Zuljan’s programme implicitly acknowledges, Dowland’s music deals with other aspects of the human condition too.

Still, in the Renaissance era ‘melancholy’ was the expected sign of the artist, one means of defining the artistic temperament. Melancholy could, therefore, be affected or cultivated by those who wanted to be thought artists. There is a richly comic example of this in Ben Jonson’s play Every Man in his Humour(1598, revised 1616), in which there is a character called Stephano (in the first version of the play, Stephen in the second) who wishes to be thought a poet, though he seems to have none of the relevant talents. He tells people that he is “mightily given to melancholy” since, as another character, Matthew, says “your true melancholy breeds your perfect wit”. When Matthew offers Stephen the use of his house and study, Stephen has only one question to ask – “Have you a stool there to be melancholy upon?”. There have been many modern studies of ‘melancholy’, the classic book being Saturn and Melancholy: Studies in the History of Natural Philosophy, Religion and Art (1964) by Raymond Klibansky, Erwin Panofsky and Fritz Saxl – a book which throws much light on Dowland.

Melancholy could, then, be the affectation of a foolish young man (such as Jonson’s Stephen), or it could be that power which Milton invoked in his poem ‘Il Penseroso’: a “goddess, sage and holy,[…] divinest Melancholy”. There is no reason to doubt that “Dowland suffered from periods of intense melancholy […] throughout his life” (Diana Poulton, John Dowland, 1972, revised 1982). But he would also have been well aware that the suffering involved in such ‘periods’ would be seen as evidence that he was a serious artist and that the reputation for being ‘melancholy’ would do no harm to his standing as an artist.

There is no doubting the reality of the melancholia articulated in Bor Zuljan’s performance of the Fantasia (P.71) which opens this CD. This piece doesn’t, so far as I know, survive with a contemporary attribution to Dowland, but its style and intensity surely mark it out as his. Zuljan offers a compelling account of the piece, which opens austerely with a single note allowed to fade into silence before two shorter notes at the same pitch are heard. These are the beginning of a slow chromatic scale, whose descent seems to portray a descent into the darkness of melancholia. Zuljan’s playing, in its clarity and expressiveness holds the listener’s attention forcefully, helped by the thoroughly appropriate sound of his instrument. This is an 8-course lute in F, a copy, made by Jiří Čepelák (Prague, 2012), of a lute of 1582 by the Paduan luthier Vuendelio Venere. To quote from Bor Zuljan’s booklet notes, this is by “today’s standards, a relatively big, ‘tenor’ instrument, tuned a tone lower than the modern standard pitch as was common practice around 1600 … [the] lute is strung with strings […] made according to historical methods by Davide Longhi from Corde Drago.” This very first track of the album would, of itself, be enough to ‘prove’ the truth of Zuljan’s claim that “the instrument is perfectly suited to Dowland’s music with its deeper and more resonant sound and greater dynamic range”. Indeed, the bass notes of this instrument are strikingly powerful, though it should also be said that in addition it possesses treble notes of a lovely brightness. All-in-all a fine instrument and certainly one well suited to the demands of Dowland’s music; in which contrasts of low and high often work as a kind of chiaroscuro which has something in common with the counterpointing of light and dark in the paintings of his younger contemporary Caravaggio, born 8 years after Dowland. Both men were proud, volatile and restless characters, though Dowland seems to have been free of that impulse toward violence that was a recurrent trait of Caravaggio’s life.

Although Bor Zuljan is particularly effective in his performances of the ‘melancholy’ Dowland (so much so that I very much wish he had given us his reading of ‘Semper Dowland, Semper Dolens), he is wise enough to vary his programme by the inclusion of pieces concerned with different moods or humours – since even Dowland, despite his famous title/motto quoted above was not semper dolens, not always grieving or lamenting. The second piece in Zuljan’s programme, ‘A Dream’ (P.75) appears in two manuscripts; one is in Cambridge University Library (Dd.2.11) and one in the British Library (Hirsch M3 1353). In the Cambridge manuscript the title ‘A Dream’ appears; in neither manuscript is the piece attributed to Dowland, but in the Cambridge manuscript the work which follows it on the same page is attributed to Dowland, and the layout of the page is such as to make it possible that this attribution was intended to apply to ‘A Dream’ also. Certainly, the style of it does nothing to discourage its attribution to Dowland. ‘A Dream’ is more dignified than melancholic. It is a Pavan in three sections, to which Zuljan adds some wholly appropriate divisions of his own. The slow tempo of ‘A Dream’ derives from the stately steps of the dance (though Dowland surely wouldn’t have expected his composition to be danced to), rather than the inner life of its composer. Elsewhere on the disc, as in ‘Lady Hunsden’s Puffe’, the music is positively sprightly and happy. There can be no doubts about attribution here – in one manuscript, the so-called ‘Dowland Lute Book’ in the Folger Shakespeare Library in Washington D.C., the piece appears in Dowland’s autograph, entitled “my Lady Hunsdons Allemande J. doulande Bacheler of musicke”. In these three pieces, there is not the slightest cause for complaint in Zuljan’s playing – on the evidence of this, his first solo recording, Zuljan earns a place alongside the best modern interpreters of Dowland, such as Jakob Lindberg, Paul O’Dette and Nigel North.

Where Bor Zuljan makes his most striking impact, however, is in works such as ‘Forlorn Hope Fancy’ and ‘Farwell’ which are, again, explorations of Dowland’s melancholy and, given that very few would disagree with Poulton’s claim that these pieces “are among the most remarkable of all Dowland’s solo works for the lute”, Zuljan clearly deserves to be taken seriously as an interpreter of Dowland. These two contrapuntal masterpieces are, in one important respect, mirror images of one another. Each has its musical subject a six-note section of the chromatic scale, descending in ‘Forlorne Hope’ and ascending in ‘Farwell’. The phrase ‘Forlorne Hope’ designated a group of soldiers expected to undertake an attack or other manœuvre which would almost certainly involve many deaths. More metaphorically, it could mean a desperate hope which had little real prospect of being fulfilled. If we are to think of this piece in terms of Dowland’s famous melancholy, which meaning is most relevant here? I suggest the second. Dowland’s life was an unrelenting series of slights and rejections, some real and some perceived, and yet he kept going, kept writing music of the highest quality. Hope of some sort sustained him, perhaps a hope which simultaneously his rational mind recognized as unlikely to be fulfilled – a ‘forlorn hope’. I say this, in part, because in playing this piece Bor Zuljan finds in it, amongst its repeated descents into the darkness, an underlying strength of spirit which holds complete despair at arm’s length. I can’t remember hearing any other performance of ‘Forlorne Hope’ which found quite the same significance in it. Zuljan’s account of ‘Farwell’, for all its rising motif, has a related fragility (and strength), though it feels to me more like a farewell to a lover who has rejected ‘the composer’, rather than a possible farewell to life itself, in a mood not dissimilar to the song beginning “Farewell unkind farewell’ in Dowland’s Third and Last Book of Aires (1603). Zuljan’s performance makes a very affecting close to this disc.

This is the first solo album by the Slovenian lutenist Bor Zuljan (born in 1987). Clearly, he is a mature artist both in technical terms and in interpretative skills. On this disc, indeed, he seems to be wholly ‘inside’ Dowland’s music – or perhaps one should say that he seems to have interiorized that music, so that at times it feels as though we are hearing it being created, rather than merely interpreted. The result is a decidedly auspicious debut and I shall certainly look out for future recordings by Zuljan. 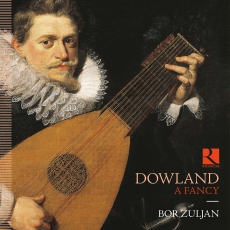 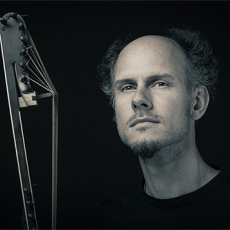