Brahms - Lesley Schatzberger and the Fitwilliams - Fanfare US

Recorded between 1975 and 1979, the Fitwilliam's recordings of the complete Shostakovich string quartets for Decca have come to enjoy near legendary status. Since then, for reasons hard to fathom, this outstanding British ensemble (Lucy Russell and Jonathan Sparey, violins; Alan George viola; and Andrew Skidmore; cello) has been heard on record far less frequently than others perhaps less deserving. A new arrangement with Scotland's Linn Records promises to rectify the situation.

There are so many truly excellent recordings of Brahms' late-life confessional, the Clarinet Quintet, that one must ask if there is a need for another. The current entry, however, sets itself apart in a novel way. In 1993, accirding to the note, Lesley Schatzberger travelled to Innsbruck to check out progress on a new clarinet she had ordered custom made for her by Rudolph Tutz. The instrument was to be an exact copy of two clarinets - one in A, the other in Bb - that had been built in the 1870s for Richard Mühlfeld by the Munich maker Georg Ottensteiner. Mühlfeld, of course, was the great clarinet virtuoso whose playing inspired Brahms to write all four clarinet works - the two Op.120 sonatas, the Op.114 trio, and the Op.115 quintet.

What we hear then on this recording is what Brahms would have heard in 1891 when Mühlfeld played the quintet for the first time. Of straighter bore and lighter wood, the instrument has a less thick syrupy sound than clarinets that began to be made around the turn of the century. The resulting performance of the piece is one that is not as dark and gloomy as we often hear it, and one in which the clarinet blends more homogenously with the strings. Everything about this reading is so beautifully shaded and perfectly balanced that it may seem ungracious to voice and criticism. But it must be said that first violin Lucy Russell's portamentos, especially in the Adagio movement, are a peck or two over a bushel and of questionable taste. It may not make for a fair comparison to cite my current favourite in this quintet because it is of a more contemporary, "Americanized" school of interpretive thinking that eschews the schmaltz and presents the clarinet in starker relief; but for the record, I prefer David Shifrin with the Emerson Quartet on DG.

Mozart's incomplete manuscript movement for a clarinet quintet in Bb was heretofore believed to have preceded the great A Major Quintet, K.581, by a year or so, leading to speculation that it may have been a formative sketch the composer abandoned when he realised it was not very promising. According to Duncan Druce, we now know better. Based on an examination of the paper watermarks, it turns out that this discarded movement - if that's what it is - actually postdates the A Major Quintet by a year or two, thus placing it amongst Mozart's very last musical utterances. Perhaps his intention was to write a companion quintet for the Bb instrument. We shall probably never know; but what we do know is that both the completed A Major masterpiece and this Bb orphan were written for the basset-clarinets, with their extended lower ranges.

One can denigrate Glazunov or make fun of his Oriental Reverie, but the truth is it's a beautiful little piece - sad, haunting, and as richly textured as a Persian carpet. Composed in 1886, it grew out of an Adagio for two clarinets, and was later orchestrated. It is similar in exotic flavour to a work like Borodin's In the Steppes of Central Asia.

Sweeney's An Òg-Mhadainn, we are told, is Gaelic for "The Young Morning". Essentially, it is an extended solo clarinet cadenza with an accompaniment consisting of a sustained background so quiet and insubstantial you have to listen really hard to be sure it's actually there. The intent was to provide accompanying parts so simple that a group of young musicians might be able to play them without prior rehearsal. The clarinet part, however, is anything but simple or insubstantial, fluttering, squawking, and flapping its wings like the hapless emu whose mother forgot to tell him he couldn't fly. 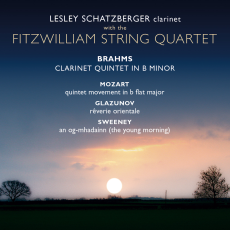 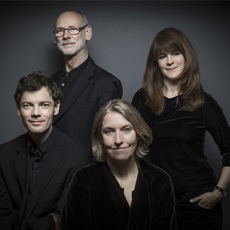