It is hard to imagine today, considering the immense popularity of the Goldberg Variations and the ongoing flood of recordings, that Busoni conceived of this abridged version of the music as a means to “rescue this remarkable work for the concert hall,” doubting that many would want to sit through the entire set of the aria and 30 variations, not even considering the question of repeats. He published it in 1915, and played it in concert. The omitted variations are numbers 3, 9, 12, 16, 17, 18, 21, 24, and 27. There are no repeats, with the exception of the first half of the great Variation 25. That is, I think, the extent of Busoni’s changes, although there are some ornamentations that I have not heard in other performances. These may be Chiyan Wong’s own contributions, as implied by the program notes, which refer to the pianist’s “contrapuntal comments.” In quite a few instances, this commentary goes well beyond the bounds of mere artistic liberty, as can normally be expected in this material, including enhanced harmonies and additional melody lines in the treble register, reminiscent of some of György Kurtág’s Bach arrangements. But as is the case with that Hungarian composer, Wong’s (or Busoni’s) alterations are attractive and respectful to the master.

Wong has one more thing to say about the Goldberg Variations on this recording, and that is his clever “inversion” of the Variation 15. Basically, Wong has flipped the bass and treble lines, which serves, in an almost ironic way, to demonstrate the structural robustness of Bach’s writing. The result is fascinating, but does not supplant the original work. This creation is emblematic of Wong’s artistic approach; insightful, elegant, and curious. His technique is beautiful, featuring the clear textures that are required for successful Bach, sensible pacing, and lovely tone. In the Busoni transcription for solo piano of the Chaconne from the Partita No. 2 for Violin he brings those qualities to the fore, with a refreshing lack of bombast. This is one of the most satisfying renditions of this music, easily Busoni’s best- known work, that I can recall.

Busoni’s Sonatina “in diem Nativitatis Christi MCMXVII” (on the day of Christ’s birth, 1917) is a substantial work, both in terms of its length (seven minutes plus) and its density. With due deference to Busoni fans amongst our readership and fellow critics, I find his music to be highly compelling but lacking focus and architectural cohesiveness. This work is a case in point. One listens to the shower of notes in wonder, Busoni’s genius present at every moment, with frequent turns of great beauty. But a breathless, even manic energy carries the material along with a subtly headstrong momentum, ceasing only after a sense of creative exhaustion.

Chiyan Wong handles the work masterfully, as he does with the balance of the program. This young Hong Kong native has the chops and the intellectual range to stand out from the seemingly countless steely fingered pianists of his generation, in the manner of such like-minded older artists as Pierre-Laurent Aimard and Jeremy Denk. I eagerly look forward to his next adventure. 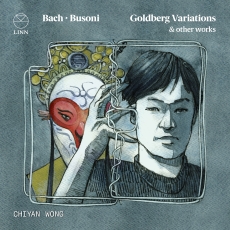 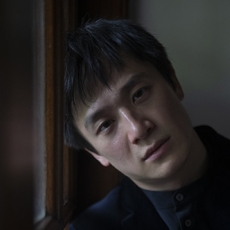