Martin is fond of partnerships. She's recorded two full-length albums with the late pianist-composer Richard Rodney Bennett, another with Kenny Barron, and she regularly performs alongside Ian Shaw and Joe Stilgoe. Here, nearly two decades after a pair of guest appearances on his The Full Flavour, she reunites with fellow Brit Ray Gelato, a seasoned saxophonist and vocalist with a style that suggests Buddy Greco by way of Louis Prima.

Across the majority of these 13 tracks she does get showier and splashier, bending toward Gelato's passion for classic American swing on rip-roaring duets of "This Could Be the Start of Something Big," "The Coffee Song," "Something's Gotta Give," "All I Do Is Dream of You," "Smack Dab in the Middle," "You Came a Long Way From St. Louis," Billie Holiday's "Now Baby or Never," Gelato's "A Swingin' Affair" and an "Ornithology" worthy of Lambert, Hendricks & Ross. Though supported only by piano (David Newton), bass (Dave Whitford), drums (Sebastiaan de Krom) and Gelato's sax, there's an impressive bigness to their sound, mirroring the thunderous showmanship of Prima with Keely Smith. The wonderfully frenetic pace slows just thrice, for breezy readings of the Jerry Lewis-associated title track, "C'est Si Bon!" and Martin's exquisite take on "More Than You Know." 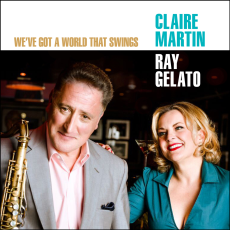 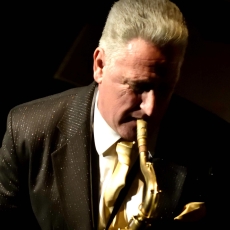