Linn records are known for the quality of their recorded sound and this CD is no exception, except that its sound is...exceptional!

On the first track Sanabras and Carter perform with Pamela Thorby (recorders) and Suzanne Heinrich (viola da gamba), from the Palladian Ensemble, as well as Jacqueline Dankworth (voice) and Harvey Brough (voice, psaltery). Normandy-born and raised in Barcelona before decamping to London, Sanabras has a voice that immediately seduces with its wily and occasionaly wilfully knowing ornamentation. there is a fragility there as well, which for some reason suits this kind of music. The high notes are not too shrill, which happens when operatic treatment is given to more earthy songs. Sanabras also has a delightfully un-placeable accent, that for some reason, locked deep within my soul, is appealing to me.

William Carter plays solo on four of the tracks: go From My Window, the Hunting of the Mouse, My Lord of Deliam's Lamentation/Jig, and Bony Swete Boy/Robin are all taken from anonymous English lute sources. The notes suggested that, apart from Go From My Window, the pieces were quickly jotted down in the margins of more important settings, manuscript being a more expensive commodity than it is today.

The staggering gaelic verse and melody Slanchun Carriag an Eide (Farewell to Carriag and Eide), arranged for voice and viola da gamba, must be praised for Sanabras's apparent ease with the ancient language, although the notes list the indebtedness to Cormac O'Haodain and Catriona O'Leary for this. And of course for the majority of the songs to Cecil Sharp House for its invaluable archives, that hold so much of these fair isles' cultural heritage.

The disc can be recommended on many accounts, not just for its delicious production. But for what much of this 'forgotten' music has gone through in terms of obscurity until discovered by enthusiasts such as the musicians on this disc. They are carrying on with their discoveries as pioneers such as Alfred Deller and Frederic Hand (Lord Rendall, one of my favourite tunes and Deller's version is exquisite) and of course John Duarte, have done. This is a tasteful and at times elegaic recording. 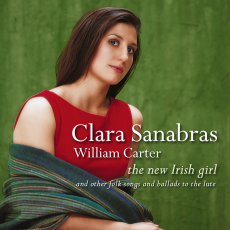 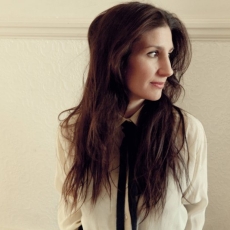