In the Hammerklavier’s Allegro, Gorini opts for a basic tempo that comes close to Beethoven’s optimistic metronome marking, and he sticks with it, keeping the music’s headlong energy afloat while still paying heed to the gnarly voice-leading in the second subject and throughout the Fughetta (like his mentor Brendel, Gorini plays A-natural in measures 224-226 leading into the recapitulation, whereas Schnabel, Arrau, and Levit play the “inspired misprint” A-sharp).

Gorini launches into the Scherzo’s dotted motive with just enough angular bite, yet he slightly moons over the Trio’s cross-rhythmic phrases. His steady, patient pacing and excellent legato technique help sustain interest over the Adagio’s 20 minutes, although he doesn’t fully address the music’s dynamic contrasts and dramatic arc. Conversely, Gorini makes the most of the fourth-movement Largo introduction’s thematic allusions and silences. He effects a tremendous build-up into the fugue, which begins at a lithe and jazzy clip. However, Gorini falls into the trap that ensnares many young pianists in Op. 106: his tempos slow down and his textures grow thicker and more generalized as the counterpoint unfolds.

Gorini sets an appropriately stark and mysterious tone for Op. 111’s first-movement introduction, but is a bit square and unyielding in the Allegro. Similarly, he creates a hauntingly sustained mood in the Arietta theme and throughout the first two variations. However, his overly fast tempo for Variation 3 evens out the syncopated rhythms and lessens their relentless impact. For all of Gorini’s unquestionable potential in this repertoire, he’s still in the ripening stage. 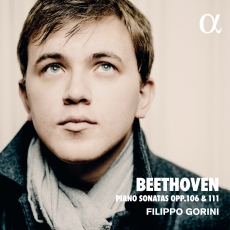 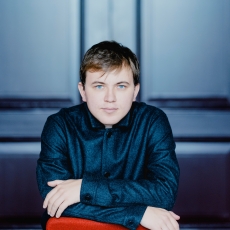