I’ve heard plenty of good things about this planned intégrale of Haydn symphonies being undertaken by Giovanni Antonini, but this is the first to come my way. If they’re all of this outstanding quality, then it could end up being the outstanding cycle if it gets to be finished (Haydn symphony cycles have a bad record when it comes to being completed, cf., Max Goberman, Solomons, Hogwood), being scheduled to do so in time for the 300th anniversary of Haydn’s birth in 2032.

This is the fifth CD of the series and the first to feature the Kammerorchester Basel rather than Antonini’s own Il Giardino Armonico, with whom the project is being shared. The present CD carries the title ‘L’homme de génie’, applied in this instance not to Haydn, but the words the great man used when speaking of the German-born Joseph Martin Kraus. ‘He was the first man of genius that I met. Why did he have to die?’, a sentiment inspired by Kraus’ early death in Sweden in 1792 after a brief lifespan almost identical with that of Mozart. Haydn also tells us that Kraus wrote his stunningly dramatic C-minor Symphony in Vienna for him, though the symphony has a more complex history than that. Nonetheless Haydn was delighted with the dedication of a work he suggested would be ‘considered a masterpiece in every century’. So the symphony, dating from 1783 or possibly before in an earlier version, makes for a fascinating comparison with a later minor key symphony of Haydn’s, no. 80 in D minor, composed the following year. This intelligent juxtaposition is one of the hallmarks of the care with which the series is being undertaken, with each CD including a work by a contemporary designed to cast light on the featured Haydn symphonies.

Haydn was right about the Kraus symphony, for it is certainly a near-masterpiece, with a first movement that is one of the great symphonic movements of the 18th century. It opens with a slow introduction whose dissonant suspensions, dark bassoon colouring, low strings and snarling horns immediately plunge the listener into a world of impending tragedy that somehow seems to extend beyond Sturm und Drang. When the main allegro blazes forth it is into an emotional world torn apart by burning grief. Later respite arrives and eventually a more reflective, if still disturbed, mood. It is as if the music can no longer bear the level of intensity with which it had set out. If the two succeeding movements don’t quite attain the same level, neither do they come as an anti-climax. The central Andante wears an air of sturdy dignity, its contrapuntal writing occasionally glancing back to an earlier era, while the strong, thrusting finale does inhabit the world of Sturm und Drang.

Haydn’s own involvement with that world of course stems from rather earlier in his career, so it is perhaps surprising to find him revisiting it at a time when his style had moved on to become rather more urbane. Nonetheless Symphony no. 80 is a magnificent work, overflowing with invention and energy. The opening introduces tautly dramatic urgency flecked with fizzing tremolandi, before leading us into a movement that manages to maintain seriousness while flirting with a cheeky codetta that will come to form the development’s initial idea. This incorporation of both joke and serious drama is archetypal Haydn. The Adagio is both wistful and uneasily restless, the Minuet a strongly articulated minor key movement, while the Presto finale displays a muscular intensity never bought at the expense of balance or poise. The other two Haydn symphonies, no. 81 in G, a companion of the D-minor Symphony also dated November 1784, and the much earlier no. 19 in D (1766) are more conventional, which is certainly not to decry the G-major in particular, which has its own strongly dramatic moments, particularly in the development of the Vivace, which fluctuates between tempestuous vitality and a sense of expectant mystery.

The performances of all this music are quite exceptional, being full of spirit, beautifully balanced, and played with outstanding skill. Antonini captures the individual character of each work with consummate and unerring skill, veering from a restless, at times near demonic drive in the opening movements of the Haydn D minor and the Kraus to poise and warmth in the friendly companionship of the G-major Symphony’s Andante. Just occasionally I feel the tempo is driven just that bit too hard, a caveat that applies particularly to the finale of the same symphony, where Haydn’s ‘non troppo’ tempering of his allegro marking is there for good reason. But make no mistake these are marvellous, life-enhancing performances beautifully presented in a richly-illustrated booklet. The disc indeed positively demands I make it my urgent business to catch up on the four CDs I’ve previously missed. 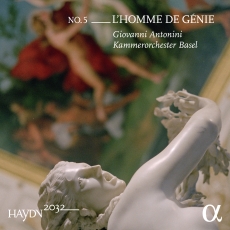 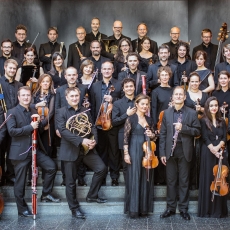