On a previous album Gottlieb Wallisch explored some of the piano music written during Mozart's Vienna years. Here he expands that examination, taking his Paris sojourn as well, and the results are a little lighter than the previous album. The two main sonatas here are two favorites, maybe the two favorites for many people, each displaying a swagger and confidence in well-tread keys that provide little context for emotional angst. The two works are almost twins, each displaying sections of virtuosic fortitude yet also relying on delightfully spun lyrical melodies that are effervescent and life-affirming in their buoyantly gallant style so very reminiscent of JC Bach.

K 400 and K 396 were each completed by Abbe Stadler, who had quite a task in front of him considering how little Mozart left, at least in the Fantasy, which was originally a violin sonata that had only five bars of the violin part written down. Nevertheless, Stadler finished in the manner according to CPE Bach, of whom Mozart said "He is the father and we the boys-if we learned anything of value, we learned it from him." Of the "Allegro", it was the beginning of another piano sonata that Mozart had left off right at the recapitulation, completed in fine fashion by Stadler.

One of the profoundest works by Mozart is the B-minor Adagio, based on a key so important to Sebastian Bach, and here imitated in its melancholy by Mozart even when it turns into the saddest B-major you will ever hear.  The Six Variations are short pieces taken from an opera by Paisiello, unknown today but admired by Mozart in his time. They are finely-wrought and even demanded an encore-and extended improvising!-when first performed.

It was for the barrel organ that Mozart penned his delightful and enchanting Andante. Mozart was an accomplished organist and considered the organ the "King of Instruments" as its famous moniker has become known.

Gottlieb Wallisch takes a very masculine approach to these works, and doesn't try to soft-pedal anything-when a sforzando comes along he really plays it up, and the contrasts are refreshing and even liberating considering what we usually hear in Mozart today, too controlled and too plastic. But he does not overdo it either, allowing the music to unfold naturally and continuously tickling our ears with his marvelous articulation and spacious sound, enhanced by the surround process. This is a thoroughly enjoyable recital by a master Mozartian. 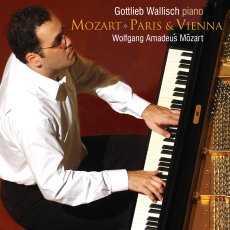 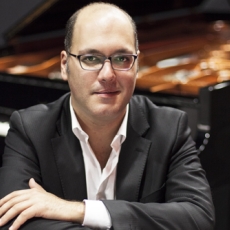