I've long admired James Gilchrist in English Song but I've always found him equally persuasive in Lieder. Partially that's because I think the timbre of his voice is so well suited to Lieder but I also think that his ease and intelligence in putting over German texts has a lot to do with it. An important factor here, I suspect, is that his mother is German; she emigrated to Britain shortly after World War II. I didn't know that until Gilchrist mentioned it in a note he contributed to Sir John Eliot Gardiner's Bach Cantata Pilgrimage Vol 7. One of the concerts in that volume was given in Bremen and a number of members of Gilchrist's extended family live near that city. I've already enjoyed two of his recordings of the Schubert song cycles. I was delighted to find that he has now turned his attention to Schubert.

For these three great Schumann cycles he's joined, as he was in the Schubert cycles, by his regular pianist, Anna Tilbrook. They've been working together almost since the start of Gilchrist's professional career twenty years ago and it shows. In these performances singer and pianist display a clear rapport and while, inevitably, the singer tends to be in the spotlight Miss Tilbrook's playing is a consistent source of pleasure. Though she supports her singer very well she provides much more than "mere" support.

The Heine Liederkreis, Op 24 goes very well indeed. The very first song, ‘Morgens steh' ich auf' promises much, the singing and playing light and supple. In ‘Ich wandelte unter den Baümen' I relished the plangent tone in which Gilchrist voices the aching melancholy of the words and music. Nowhere is his expert control displayed than in the wonderful placing of the soft high notes. To ‘Schöne Wiege meine Leiden', the most complex song so far, he brings a fine degree and range of expression. Then there's palpable urgency in his delivery of ‘Warte, warte, wilder Schiffmann' followed by a lovely rendition of ‘Berg' und Burgen schau'n herunter'. The latter is an easeful, expressive strophic song and Gilchrist's way with it is admirable. In the last song, ‘Mit Myrthen und Rosen' Gilchrist once again displays an excellent range of expression.

For the second Liederkreis Schumann turned to the poetry of Joseph von Eichendorff. Gilchrist's plangent tone immediately establishes the sadness in ‘In der Fremde' and Tilbrook's touch is lovely. Their account of ‘Mondnacht' is a highlight of the disc. Gilchrist's head voice opening is wonderfully soft. Thereafter he wafts the vocal line with great sensitivity while Anna Tilbrook's playing is perfectly weighted. A fine sense of stillness is achieved in ‘Auf einer Burg' while ‘Zwielicht' has a sense of suspense and foreboding. However, after all the preceding soul searching Schumann ends the cycle on a positive note in ‘Frühlingsnacht' and Gilchrist rises to the change of mood very successfully.

Schumann reverted to Heinrich Heine for Dichterliebe, the longest of the three cycles. ‘Im wunderschönen Monat Mai' is distinguished by some lovely piano playing from Anna Tilbrook and Gilchrist matches his partner's delicacy. The hasty, youthful eagerness of ‘Die Rose, die Lilie' comes over very well indeed. In ‘Wenn ich in deine Augen seh'' I love the melancholy tenderness with which, near the end, Gilchrist invests the words "Ich liebe dich!" Later, in that great song, ‘Ich grolle nicht' he brings out the bitterness of the rejected lover. There's an appropriate sense of desolation in ‘Hör'ich das Liedchen klingen'. In ‘Am leuchtenden Sommermorgen' the way that Gilchrist floats the last two lines is most affecting. This song, too, brings yet another sensitive contribution from Anna Tilbrook. ‘Die alten, bösen Lieder' is suitably dramatic until the last stanza when Gilchrest is, once again, very expressive. The extended sad and delicate piano postlude to that closing song is played with great refinement and feeling by Anna Tilbrook.

All three of these Schumann cycles fare very well here. James Gilchrist is a very fine exponent of these songs and Anna Tilbrook offers distinguished playing. I enjoyed their performances very much and, more than that, there were many passages that I found moving.

The recordings have been engineered by Philip Hobbs and he's achieved excellent results. Some may be concerned that James Gilchrist can often be heard taking in breath but that didn't bother me; it's part and parcel of listening to a singer, I think and in any event the breathing is not so pronounced as to distract. What really matters is that his voice has been nicely and truthfully recorded and the same is true of the piano. The recording is fully up to the high standards we've come to expect from this label. The booklet is well laid out and benefits from well-informed notes by Nicholas Marston. 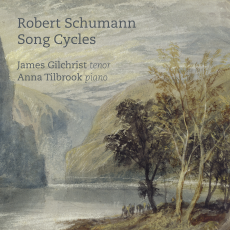 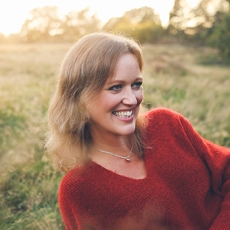