On Seaside, Liane Carroll has put together a set of music which celebrates her love of living in the coastal town of Hastings. Opening with the sound of a brass band, Seaside has a deeply sentimental and nostalgic feel for much of the album.

The standard Almost Like Being In Love is taken at a brisk tempo which really swings under the guidance of bassist Steve Pearce and drummer Ian Thomas. Liane Carroll showcases her inventive phrasing and harmonic knowledge with a superb unaccompanied scat solo.

Bring Me Sunshine is played in a straight time feel with a piano solo from Mark Edwards that immediately brought to mind the playing of jazz star Brad Mehldau. Julian Siegel guests on the Led Zeppelin staple Nobody's Fault But Mine which is given the slow funk treatment.

Mercy Now begins gently before erupting in to some gospel inflected soul with a luscious horn arrangement. The tenor horn playing on Wild Is The Wind evokes images of the British countryside and strengthens the theme of the record.

I Cover The Waterfront is played as a duo with guitarist Rob Luft who opens the piece with a beautiful chordal arrangement which is embellished with lightning fast melodic runs. The drop in dynamic allows a Billy Holliday influence to creep in to Carroll's voice.

For Those In Peril On The Sea closes the album in a similar manner to which is started. The piece features a haunting flugelhorn solo and brings to an end what for this reviewer is Liane Carroll's finest work to date. 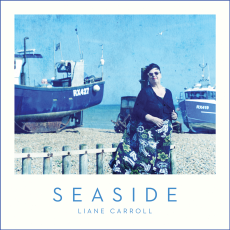 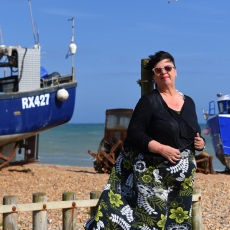