Though it evokes the mighty dead, let it stand now. The songs run the range from passionate intensity (Go Down Moses) to sun-day relaxation (Lazy Bones). The voice has depth humanity; the style is natural and goes in for nothing-too-much. The arrangements: now they really are something. That trumpeter, he can make it talk in two dozen voices, male and female. The bass slips you an informal triplet and pads away with soft-shoed stealth across a shadowy dance-floor. The pianist is modest in his own contribution and can afford to be: he arranged it all. The other two players, I'm sure, are just as good, but these three - Guy Barker, Geoff Gascoyne, Neal Thornton - fully deserve to have their names up with the star.

But of course it does send you back, and before long there you are with the Robeson of the 1930s, with Mood Indigo (1938), Lazy Bones (1933) and so many others. And when they say 'incomparable', that's what they mean. The special resonance, the caress of portamento, that innate dignity which knows just the moment for the common touch: for 'The Robeson Legacy' there is, after all, nothing like the Robeson Legacy, on records. But I like these arrangements, the sound is newly attractive on this SACD-hybrid reissue, and if we're to have a singer of the present day in these songs, then, sure, Willard White is the man. 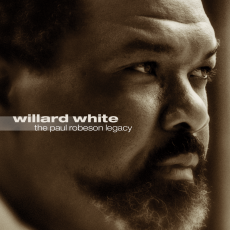 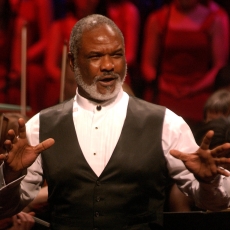