Baroque-music polymath Elam Rotem is a veritable Renaissance man. The modern classical-music world tends to divide labor strictly, with composers writing the music, performers playing it, and scholars studying it. But before the 19th century, performers would also compose (and improvise), while composers would also perform. Similarly, Rotem is a notable performer of the early Italian Baroque and also a distinguished scholar of the era. That combination is not unusual among early-music specialists, but Rotem adds a third endeavor that is quite rare among his colleagues: he composes ambitious new works.

Rotem directs Profeti della Quinta in lively, articulate and heartfelt performances of his own music, as well as the music that inspired his compositions. We cannot know for sure whether composers like Cavalieri or the Jewish Italian composer Salomone Rossi (ca. 1570-1630), would have recognized Rotem as "one of their own," but my guess is that they would. To my modern ears - and those of many others - Rotem's music sounds credibly early-baroque.

Yet I doubt if such music would have been possible before now. For one thing, the modern revival of spoken Hebrew has been crucial to Rotem's creative achievement (notwithstanding the counter-example of Rossi's 17th-century Hebrew settings, which Rotem and Profeti perform brilliantly and passionately, most recently on a Linn album titled Il Mantovano Hebreo). For another, Biblical though they are, Rotem's choices of subject matter and his treatment of them are in some ways characteristically "modern." Consider, again, Amnon and Tamar: to the best of my knowledge, no composer prior to the 20th century dared touch this particularly loathsome Biblical story of rape and incest, and Rotem presents it with a harrowing compassion that might have been less likely for composers who lived before our own time. That is in part because of our increasing willingness to recognize and confront less savory (yet powerful) aspects and passages in holy scriptures, and in part because of our growing understanding of the horror of violence against women.

Rotem thus reveals the continued dramatic and moral relevance of Biblical narrative and stile rappresentativo alike, through compositions permeated by a sense of vitality, dramatic bite and sensuous beauty. Whatever its historical roots, his is an exciting new voice. Let us hope it will continue to engage and enthrall listeners for years to come. 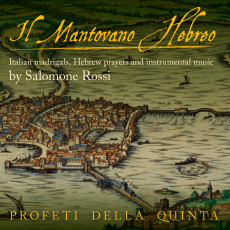 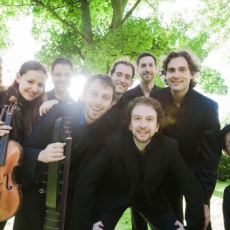